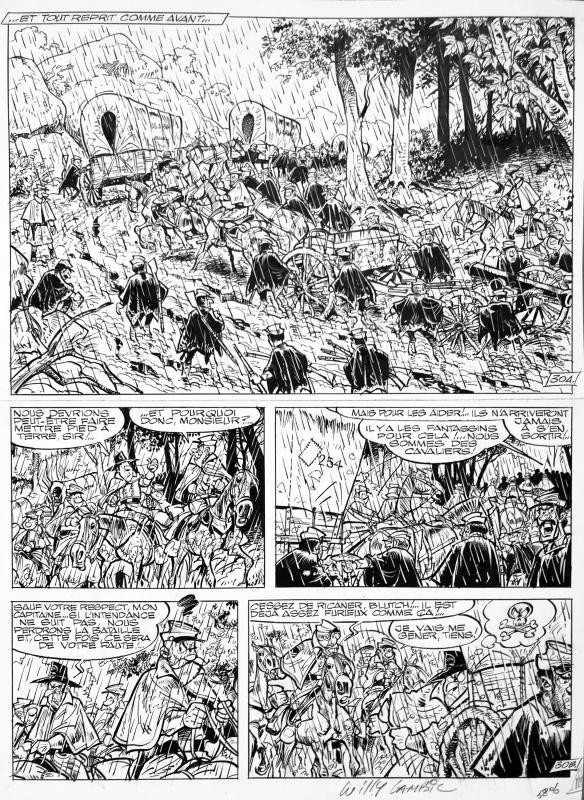 Willy Lambil is one of the mainstays of the publishing house Dupuis and the magazine Spirou. With a career of nearly 60 years, he is best-known as the artist of 'Les Tuniques Bleues', one of the bestselling Belgian comic book series with over 23 million copies sold. Lambil changed the visual style of the series considerably and gave the characters their definitive designs. He also drew the humoristic gag series 'Pauvre Lampil' (1973-1984), which stars a fictional version of himself and his scriptwriter Raoul Cauvin. But it took Lambil at least 15 years before his talent was truly recognized. Text (c) Lambiek
Go to Willy Lambil's page 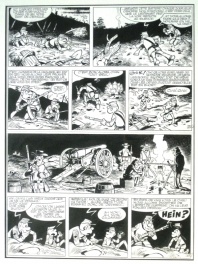 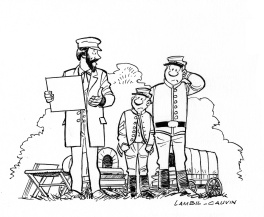 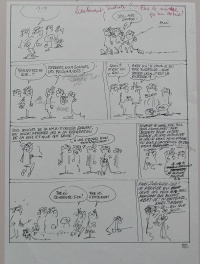 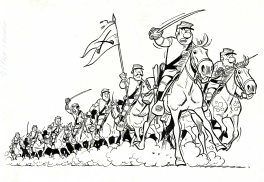