In CORNILLON  's collection
Back to gallery 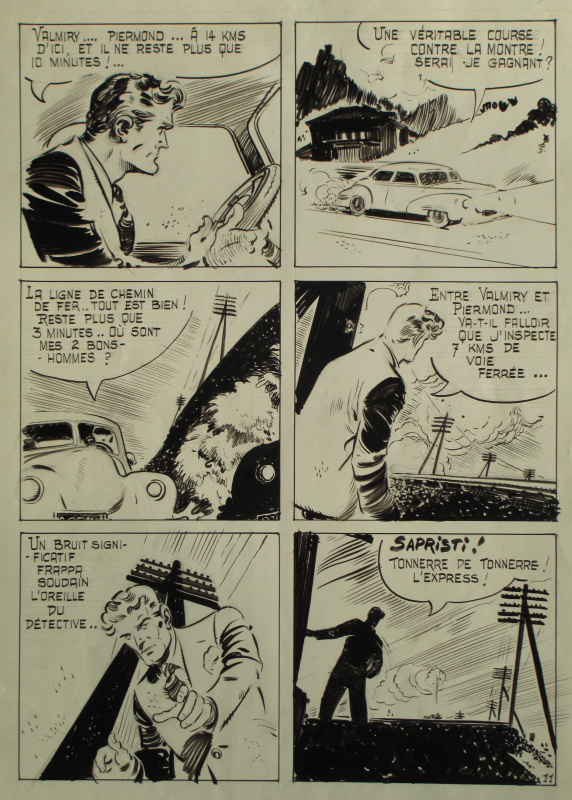 Claude-Henri Juillard started his career in 1946 with several short stories for the publications of the S.A.E.T.L. His also appeared in such magazines as Petit Canard ('Le Serpent Jaune', 'Le Prince de Vijanagar') and Jeudi-Magazine Zorro (with 'Olivier de Termont', 'Capitaine Tornade', 'Ivanhoé' and 'Saint-Louis'). From 1948, Claude Henri was also active for Vaillant, where he illustrated such series as 'Hourrah Freddi' (1948-1953), 'Lynx Blanc' (as Bob Sim, 1952-1954, 1957-1961) and 'P'Tit Joc' (1961-1962). For the same publisher, he drew 'Charles Oscar' in 34 Caméra. Throughout the 1950s and 1960s, Claude Henri also produced comics for Gaucho, Téméraire, Spirou, Pilote and Record. From 1965 to the mid-1970s, he specialized in illustrating for young females and cooperated on such magazines as Lisette, Line and J2 Magazine. Claude Henri was active until the late 1980s with illustration work for Mondiales publishers. Text (c) Lambiek
Go to Claude-Henri Juillard's page
Remove from favorite artists  Add to favorite artists
To leave a comment on that piece, please log in