In bdocean  's collection
Back to gallery 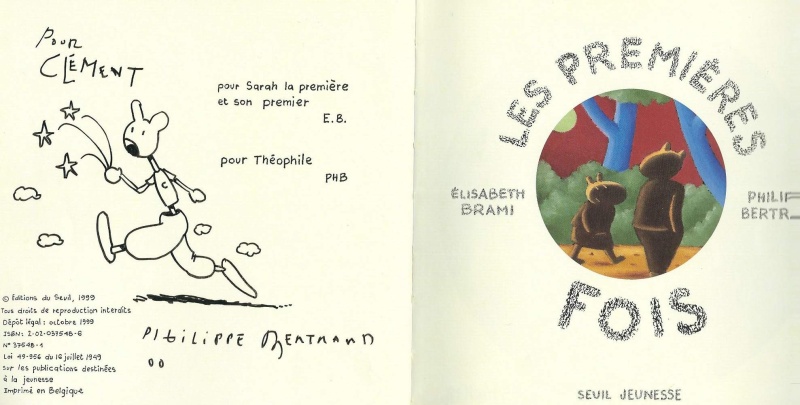 Although Philippe Bertrand is mostly known today for his beautiful erotic work, he started out as a cartoonist in the tradition of clear line drawing, having his work published in Partisans and L'Idiot International in the early 1970s. During this decade, he also cooperated with Zinc and Charlie Mensuel, for which he drew his first personal comic, 'A Cet Instant aux Antipodes' in 1979. It did not take him long to find out that this would not give him a place in comic history. Bertrand's answer was the self-termed "nouvelle manière," a new and colorful style of drawing and composition in which he created an aesthetic atmosphere that toned down the eroticism in his work. His first work in this style was the erotic 'Scènes d'Intérieur' portfolio and the 'Linda Aime l'Art' series, published in Pilote. An animated series of 'Linda', written by Bertrand, aired on Canal+ under the title 'Dix-neuf'. In 1984, he worked with Jean-Marie de Busscher on the black-and-white comic 'Olympia', published in À Suivre. In 1988, he produced 'Collection Privée', a small illustrated book published by Futuropolis. In the following year, he drew 'Oh! Kitty' in the rock magazine Best. A book collection was published by Les Humanoïdes Associés. Bertrand, now famous for this style, has been asked to do artwork for various projects. Texte (c) Lambiek
Go to Philippe Bertrand's page 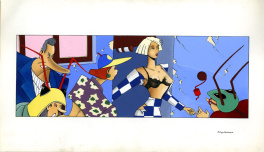 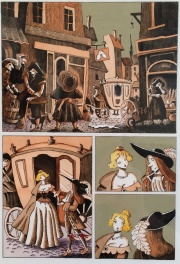 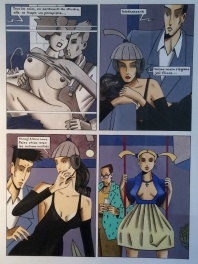 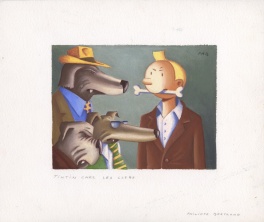