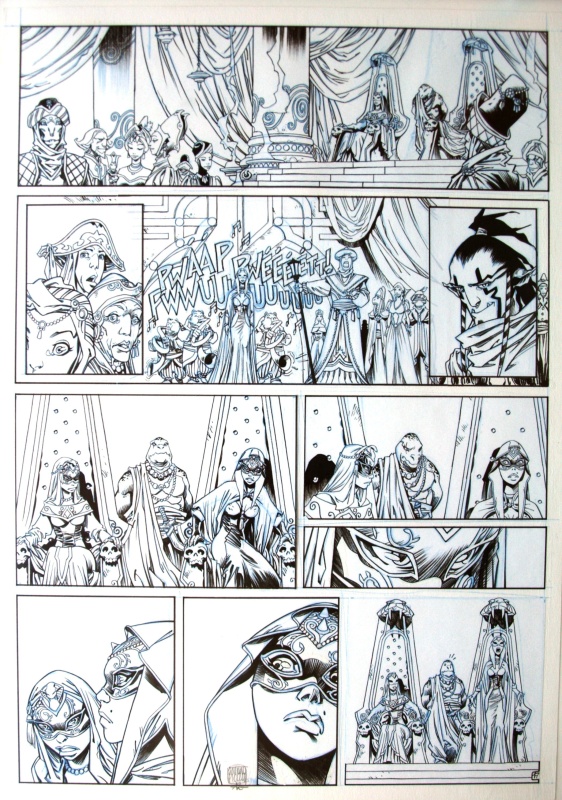 Adrien Floch was born in Paris, but settled in Aix-en-Provence and eventually in Brussels, Belgium. He took part in several comic contests. During one of these contests, he met Jean-Blaise Dijan, with whom he created the series 'Fatal Jack', of which three volumes were published by Soleil. Between 2001 and 2004, he began the fantasy series 'Slhoka' with scriptwriter Ulrig Godderidge. In addition, he worked with Guillaume Bianco, Olivier Dutto and Didier Tarquin on the album 'Les Krashmonsters'. By 2005, he teamed up with Scotch Arleston to launch his best-known series to date, 'Les Naufragés d'Ythaq'. Text (c) Lambiek
Go to Adrien Floch's page
Remove from favorite artists  Add to favorite artists