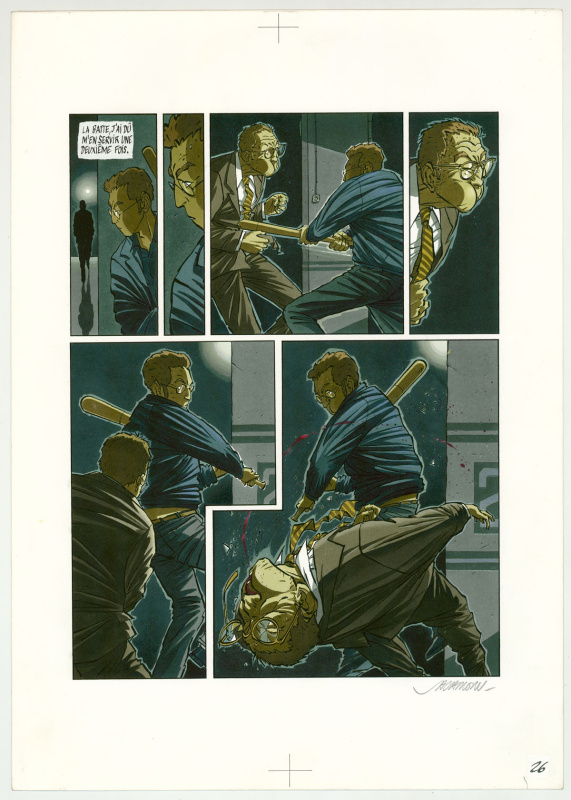 Luc Jacamon had his first moves in the comics field in 1986. In the following years, he focused on illustration work, however. In October 1998, he published his first album with Casterman publishers. This album, 'Long Feu', was the first in the series 'Le Tueur', which he created with scriptwriter Matz. This critically acclaimed series, deals with the life and psychology of a hitman, a character different from the stereotypes of detective novels and cinema. After a cycle of five albums, Jacamon and Matz ended their prize-winning series in 2003, and launched the futuristic saga 'Cyclopes'. Text (c) Lambiek
Go to Luc Jacamon's page
Remove from favorite artists  Add to favorite artists