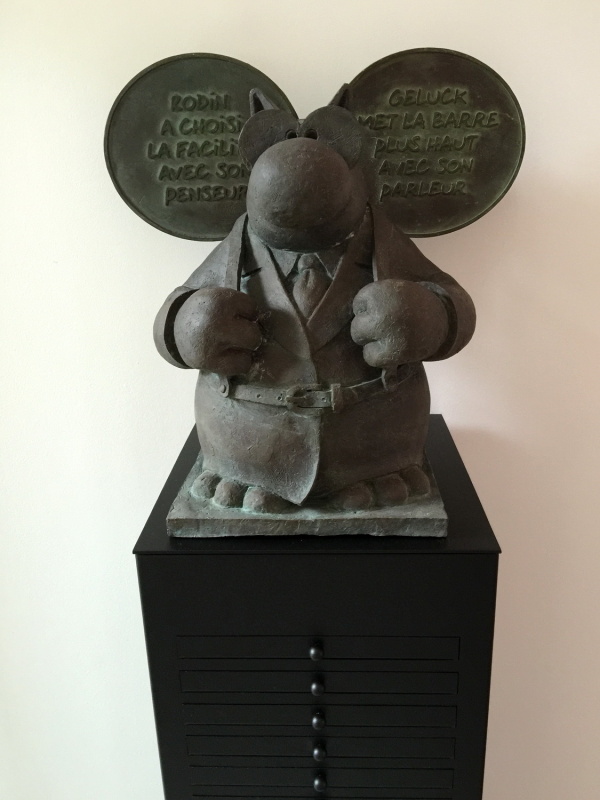 Philippe Geluck is a Belgian newspaper cartoonist and comics artist, who also enjoys fame in Wallonia and France as a radio and TV comedian. He is best known for his long-running comic strip, 'Le Chat' (1983-2013), which appeared in Le Soir for over thirty years. The newspaper strip was renowned for its verbal comedy, clever satire and absurd monologues. It became both a critical and commercial success, reaching levels of a mania even, albeit mostly in the francophone world. Together with Jef Nys' series 'Jommeke' it is perhaps the best example in the Belgian comics industry of the differences between both language communities. While 'Jommeke' is a cultural phenomenon and colossal best-seller in Flanders, it's downright obscure in Wallonia, just like the success of 'Le Chat' remains restricted to its French-language readers. Text (c) Lambiek
Go to Philippe Geluck's page
Remove from favorite artists  Add to favorite artists
1 comment
To leave a comment on that piece, please log in