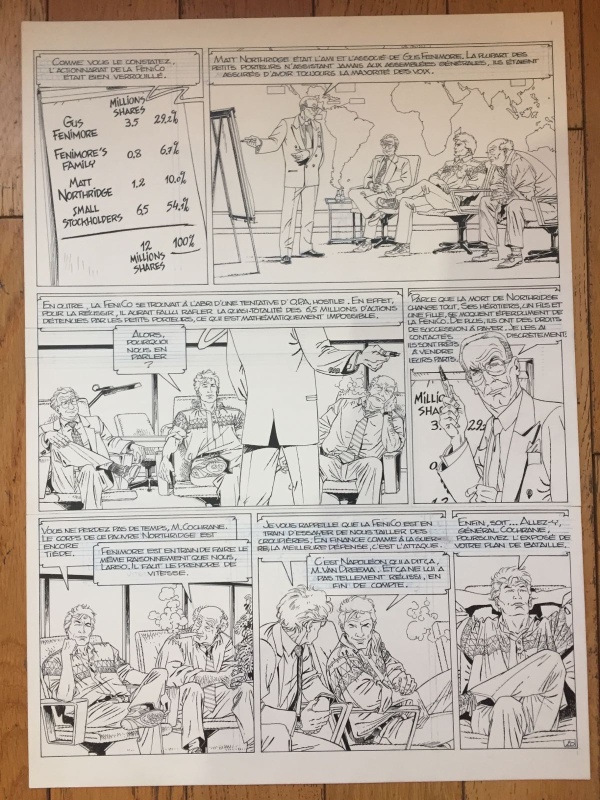 Philippe Francq studied at the Institut Saint-Luc in Brussels from 1978. He graduated in 1984, after having taken comics courses from Claude Renard for three years. He was an artist for the Belgian Olympic Comity for while, where he designed the mascot. He then worked as a background artist for Bob de Moor at the Hergé Studios. He teamed up with Bob de Groot in 1987, and created a series of short stories, that were collected two books, 'Des Villes et des Femmes' (Dargaud). In addition, he illustrated two stories with 'Léo Tomasini' with text by Francis Delvaux in 1988-89. It was in 1988, when Francq met writer Jean Van Hamme. Van Hamme proposed him to do a comics series, based on a series of novels he had written. The first book of the 'Largo Winch' series appeared in 1990 at the publishing house Dupuis. This thriller about a young vagabond at the top of a multinational corporation, was a big hit right from the start. Upon the success of the comic series, the original novels were reprinted and a television adaptation with real-life actors was created, as well as a feature film in 2008. Text (c) Lambiek
Go to Philippe Francq's page 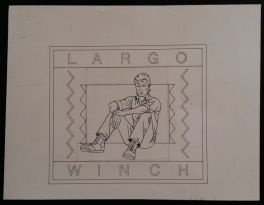 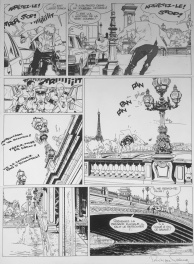 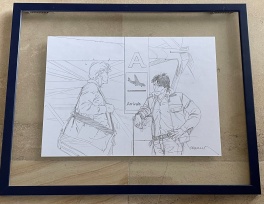 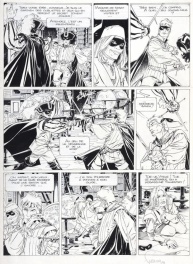