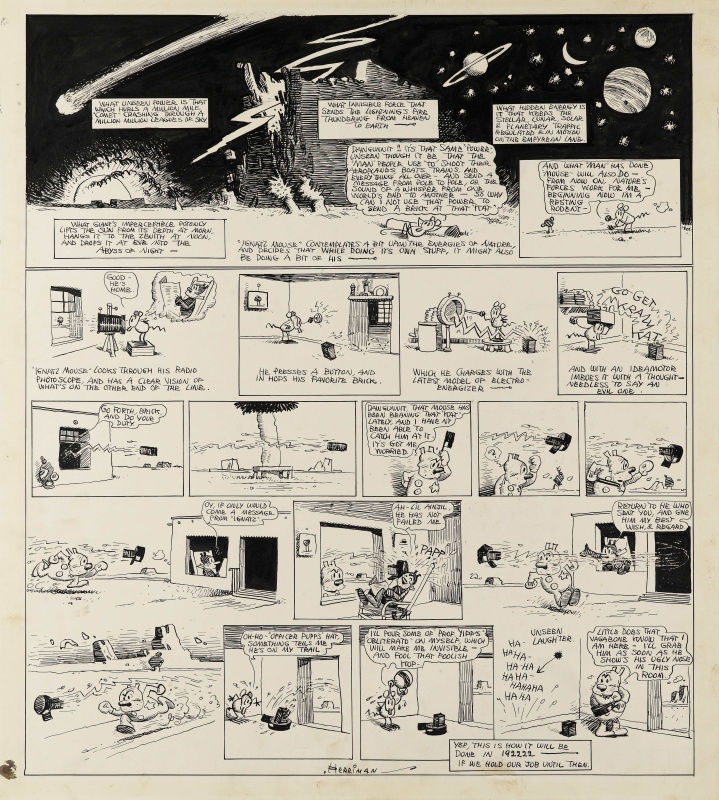 George Joseph Herriman (August 22, 1880 – April 25, 1944) was an American cartoonist best known for the comic strip Krazy Kat (1913–1944). More influential than popular, Krazy Kat had an appreciative audience among those in the arts. Gilbert Seldes' article "The Krazy Kat Who Walks by Himself" was the earliest example of a critic from the high arts giving serious attention to a comic strip. The Comics Journal placed the strip first on its list of the greatest comics of the 20th century. Herriman's work has been a primary influence on cartoonists such as Will Eisner, Charles M. Schulz, Robert Crumb, Art Spiegelman, Bill Watterson, and Chris Ware.
Go to George Herriman's page 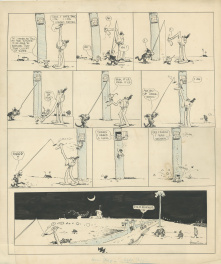 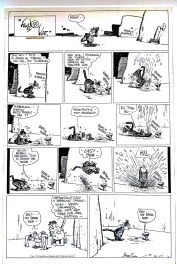