In mariol 's collection
Back to gallery 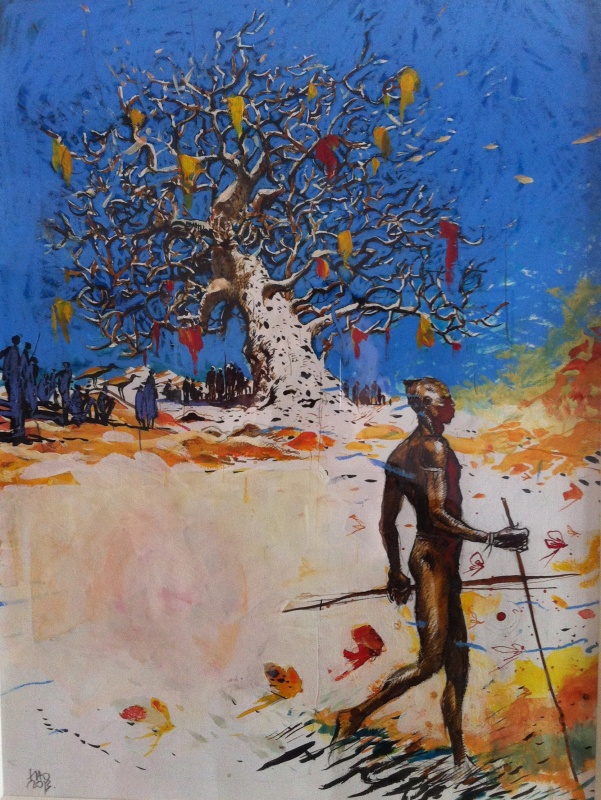 Benjamin Flao was born in Nantes and lives and works in the department Morbihan. He quit his traditional school education at the age of 14 and enrolled in the École Supérieure des Arts Saint-Luc in Tournai, Belgium. Two years later, he attended the School of Advertising Arts in Nantes. It was at the Emile Cohl art school in Lyon that he met Shayan, with whom he embarked several joint projects, including street caricatures. Flao published his first travelogue in 2002, called 'Carnet de Sibérie (Mammuthus expéditions)', with Bernard Buigues. He then participated in 'Sillages d'Afrique', a collective project of travelling writers, by Gallimard in 2003. He worked with scriptwriter Christophe Dabitch on the graphic novel 'La Ligne de Fuite' (Futuropolis, 2007) and the diptych 'Mauvais Garçons' (Futuropolis, 2009). He has since contributed to anthologies like 'Projet Bermuda' (Librairie Expérience, 2007-2009), 'Bob Dylan Revisited' (2008), 'Immigrants' (BD Boum, 2010) and 'Rock'n'n Roll Antediluvien' (BD Music). Text (c) Lambiek
Go to Benjamin Flao's page
Remove from favorite artists  Add to favorite artists 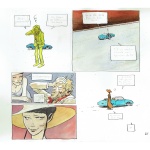 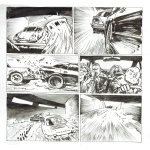