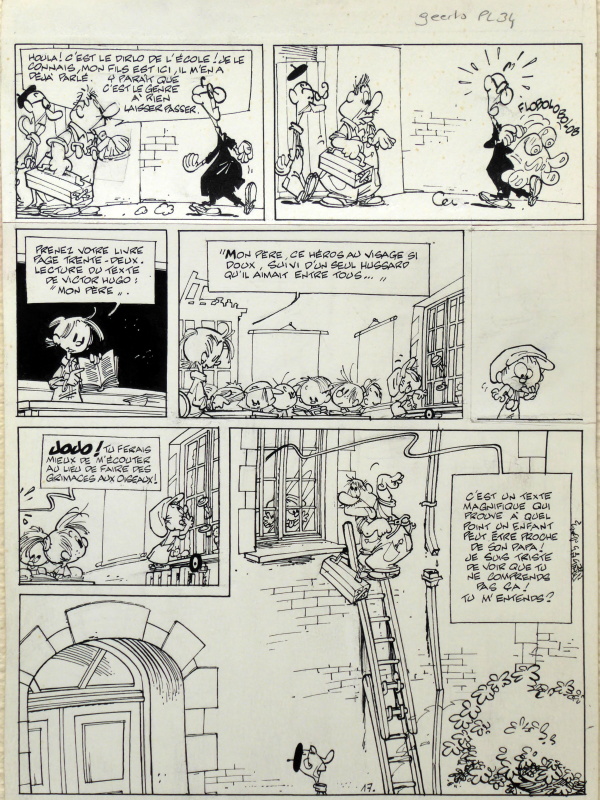 After completing his studies at the Institut Saint-Luc in Brussels, André Geerts made his debut in Le Soir Jeunesse in 1974. He then contributed to the fanzine Zazou, where he met fellow artists Bosse, Darasse, Hislaire and Watch. The team was brought over to the magazine Spirou in 1976, where Geerts started out drawing 'La Petite Chronique Vénusienne' with scripts by Jean-Marie Brouyère and several editorial illustrations. He continued doing illustration work and short stories until 1982, when he began a series of cartoons. These cartoons, strongly inspired by Jean-Jacques Sempé, were collected in the album 'Bonjour, Monde Cruel' at Dupuis in 1985. In 1997, a second album followed, called 'Bonsoir, Monde Cruel!'. n addition, Geerts cooperated on the magazine Aïe! and created his first album, 'Gens de la Lune', with Éditions Crocodille in 1981. In 1983, Geerts created the character 'Jojo' for Spirou. This poetic children's series started as stop-gap, but soon was given full pages and even continuing stories. As an illustrator, Geerts has contributed to Bonnes Soirées, Tremplin and Schtroumpf. In 1990, he illustrated 'Jabert contre l'Adversité' with text by Pierre le Gall in a more realistic style at Delcourt. In 1993, he teamed up with Sergio Salma to start the series 'Mademoiselle Louise' at Casterman. Text (c) Lambiek
Go to André Geerts's page 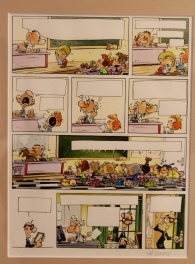 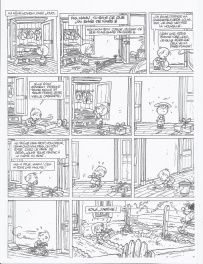 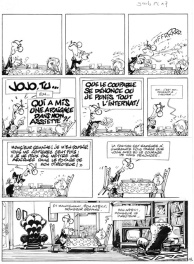