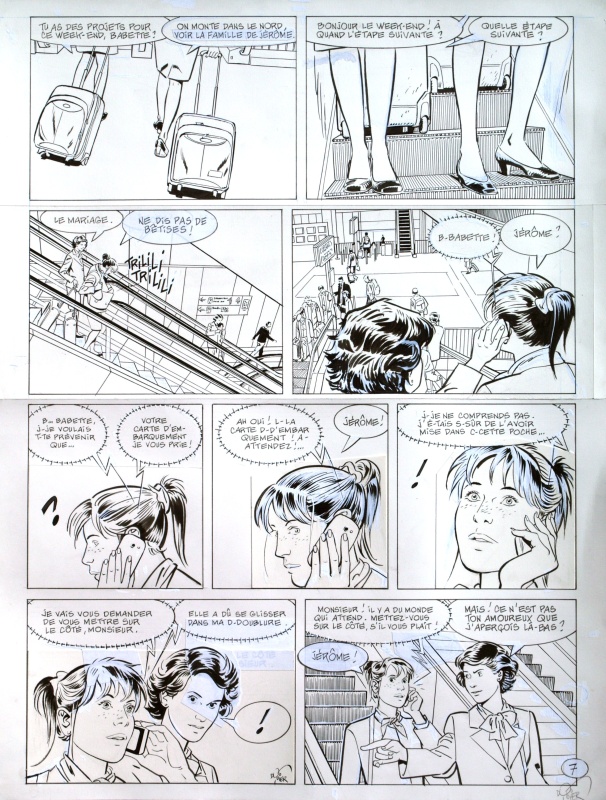 Born in Dunkerque, Alain Dodier saw his first comics pages published in the fanzine Falatoff in 1973, and in the Carte Blanche section of Spirou in 1975 and 1976. He made his professional debut in the environmentalist magazine Pistil in 1977 with the detective series series 'Janotus, Agent Spécial' and the animal gag series 'Marty et Titine'. By 1980, he began a fruitful colaboration with scenarist and neighbour Pierre Makyo. Their first creation was 'Gully', the only melancholic boy in the joyful kingdoms of Yridor and Onriflor. The series started in Mercredi and was continued .to start the humorous historical series about the melancholic 'Gully' in Mercredi in 1980 and was continued in Spirou between 1983 and 1989. The Dodier-Makyo tandem also provided short stories to magazines Djin and Tintin, such as 'Suzy la Petite Fourmi' and 'Léopold et Capucine'. The duo, accompanied by co-scriptwriter Serge Le Tendre, turned to a more realistic register for their next creation, the private investigator 'Jérôme K. Jérôme Bloche'. Text (c) Lambiek
Go to Alain Dodier's page
Remove from favorite artists  Add to favorite artists