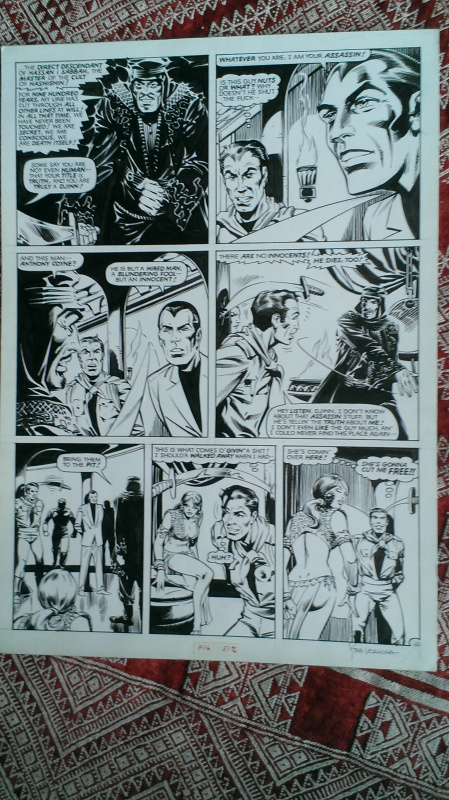 Stephen J. "Steve" Ditko is an American comic book artist and writer best known as the artist and co-creator, with Stan Lee, of the Marvel Comics superheroes Spider-Man and Doctor Strange. Ditko studied under Batman artist Jerry Robinson at the Cartoonist and Illustrators School in New York City. He began his professional career in 1953, working in the studio of Joe Simon and Jack Kirby, beginning as an inker and coming under the influence of artist Mort Meskin. During this time, he then began his long association with Charlton Comics, where he did work in the genres of science fiction, horror, and mystery. He also co-created the superhero Captain Atom in 1960. During the 1950s, Ditko also drew for Atlas Comics, a forerunner of Marvel Comics. He went on to contribute much significant work to Marvel. In 1966, after being the exclusive artist on The Amazing Spider-Man and the "Doctor Strange" feature in Strange Tales, Ditko left Marvel for reasons never specified.
Go to Steve Ditko's page
Remove from favorite artists  Add to favorite artists
1 comment
To leave a comment on that piece, please log in

CosmicArtFan What the %&$#@? I'm the 2nd panel the guy is thinking "fuck"? In a mainstream Marvel licensed comic?!?! Had to be censored, right? Anyhow Leialoha really complemented Ditko well, without overpowering him. Great page!
Apr 11, 2019, 8:39 AM