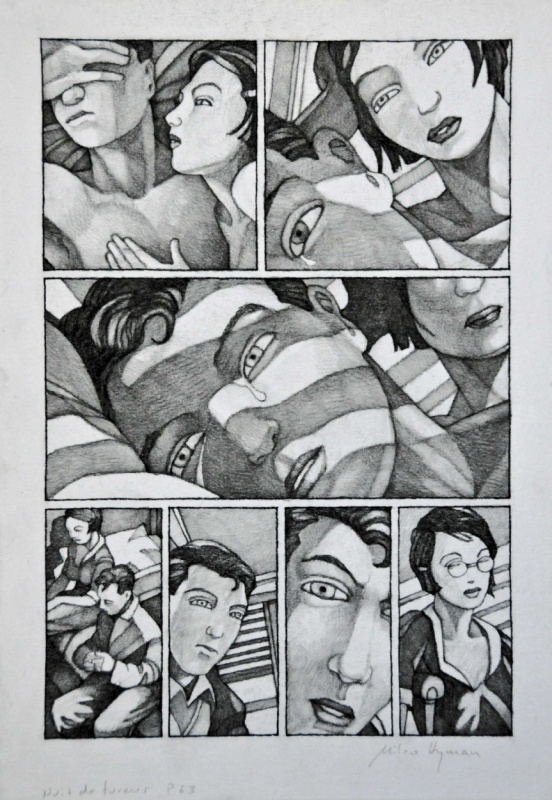 Miles Hyman is a France-based American illustrator and author. His images have been published in books and magazines throughout Europe and the USA. His work has also been exhibited in galleries and museums around the world. Since 1987, he has published graphic novels with Futuropolis, but he has mainly illustrated books for Gallimard, Le Seuil and Hachette. His drawings have also appeared in papers like Le Monde and Libération, as well as The New Yorker Magazine New, The Boston Globe and The New York Times in the USA. He spent the 1994-2002 period in Los Angeles, but returned to France in 2002. One of his most notable publications was 'Nuit de fureur', an adaptation of the Jim Thompson novel with Matz for the collection Rivages/Casterman/Noir in 2008. He has also provided drawings of New York for Casterman's illustrated Lonely Planet series. Casterman also published his next graphic novel, 'Images interdites', that he made with Philippe Paringaux in 2010. In 2013 followed a new contribution to the Rivages/Casterman/Noir collection, an adaptation of James Ellroy's 'Le Dahlia Noir'. Text (c) Lambiek
Go to Miles Hyman's page
Remove from favorite artists  Add to favorite artists