In olvon 's collection
Back to gallery 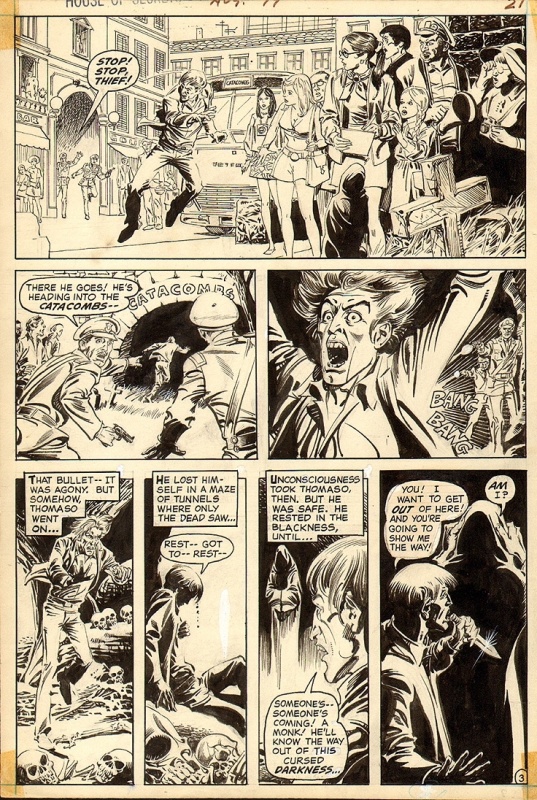 Learn about why so many people share Jack’s creative vision and appreciate his place in history by visiting the campaign site www.indiegogo.com and then searching for the campaign name, “Jack Katz - New Graphic Novel,” or the shortcut Jack Katz.

As you will see on the "Jack Katz - New Graphic Novel" webpage, a significant amount of preparation has taken place. We've created a video, provided numerous photos of Jack's work, thoughtfully outlined his story, and created an extensive and exciting list of gift rewards. We think this will all contribute to a highly successful campaign. We look forward to providing further updates, including pictures and videos, as we progress in these next 40 days. Campaign progress can be further tracked by contributors on the webpage via the top menu bar under “Updates”.

A successful campaign gets a huge boost through early contributions. We encourage you to participate in this grassroots project by contributing from your heart and to know that you will be a patron of the arts by investing in this campaign. Exciting thank you gifts are offered at every donor level. And of course, we’d love for you to let your friends, families, and colleagues know of the campaign and its merits - word of mouth is as important as a donation for a grassroots endeavor.