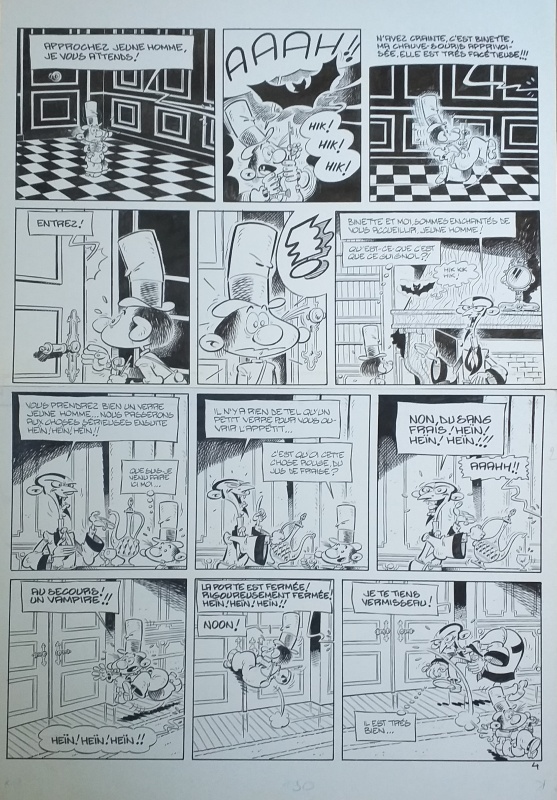 Pierre Guilmard made his professional debut in Pilote in 1963. After drawing several comics for this magazine, he moved over to Tintin in 1967. There he started the 'Frères Bos' series, at first written by Vicq, but later written by Guilmard himself. Guilmard drew the series until 1975. Also for Tintin and with scenarist Hubuc, he briefly took over the artwork of the 'Chlorophylle et Minimum' series, originally created by Raymond Macherot. He continued his cooperation with Hubuc on 'Wilbur et Mimosa' from 1969 to 1970. From 1971, Guilmard's work also appeared in magazines like Formule 1 ('Jane Holmes'), Fripounet ('Caligul et Sidonie') and Djin ('Gazoline' with Patrick Cothias). Guilmard radically changed his style, moving over to a more realistic line of work. He started a more "adult" series, situated in Montmartre in the beginning of the 20th century: 'La Java des Gaspards'. He also took on a couple of police stories for Dargaud publishers. With Loisel, Guilmard started the 'Farfelingues' series at Vents d'Ouest in 2001. Text (c- Lambiek
Go to Pierre Guilmard's page 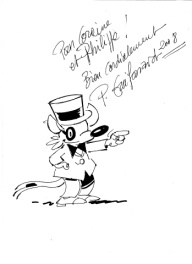 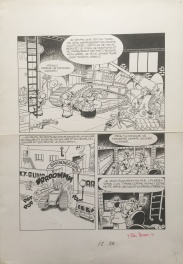