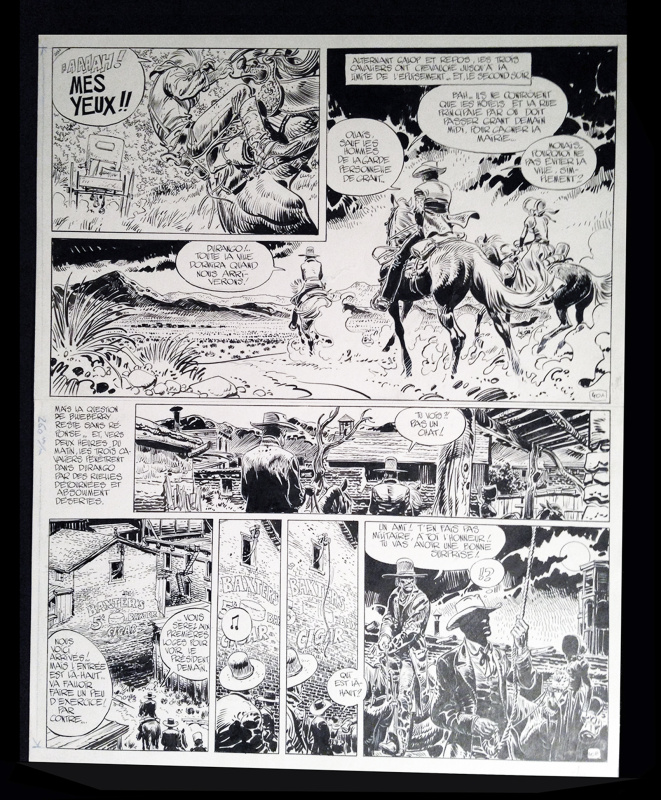 Jean Giraud had one of the most interesting double lives in comics history. Under his own name, he co-created the legendary western comic 'Blueberry' with writer Jean-Michel Charlier. He also used the shortened signature of "Gir" for this series. This cowboy series was noted for its highly realistic artwork and more gritty, complex and adult storylines, which had a tremendous impact on several other European western comics from the late 1960s on. Giraud also created another western series with Charlier, 'Jim Cutlass' (1979), but later wrote the stories himself while Christian Rossi provided artwork. As Moebius, he was one of the most innovative and influential comic artists of the 20th century. Text (c) Lambiek See also Moebius
Go to Jean Giraud's page
Remove from favorite artists  Add to favorite artists