In trom 's collection
Back to gallery 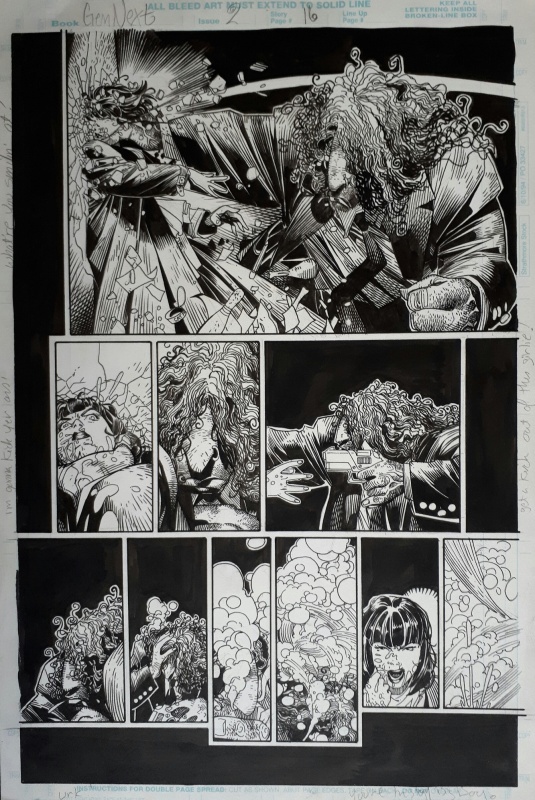 Chris Bachalo (born August 23, 1965) is an Canadian comic book illustrator known for his quirky, cartoon-like style. He became well known for stints on DC Comics’ Shade, the Changing Man and Neil Gaiman's two Death series. Chris has also illustrated several of Marvel Comics’ X-Men-related series, including Generation X (which he co-created), X-Men vol 2, Uncanny X-Men, and Ultimate X-Men. Beginning in April, 2000 Chris illustrated his creator-owned series Steampunk. Bachalo was born in Canada but was raised in Southern California. He has told interviewers that, as a child, he wanted to be a carpenter until he discovered he was allergic to dust. He attended the California State University at Long Beach, where he majored in graphic art and illustrated a few underground comics.
Go to Chris Bachalo's page
Remove from favorite artists  Add to favorite artists
2 comments
To leave a comment on that piece, please log in