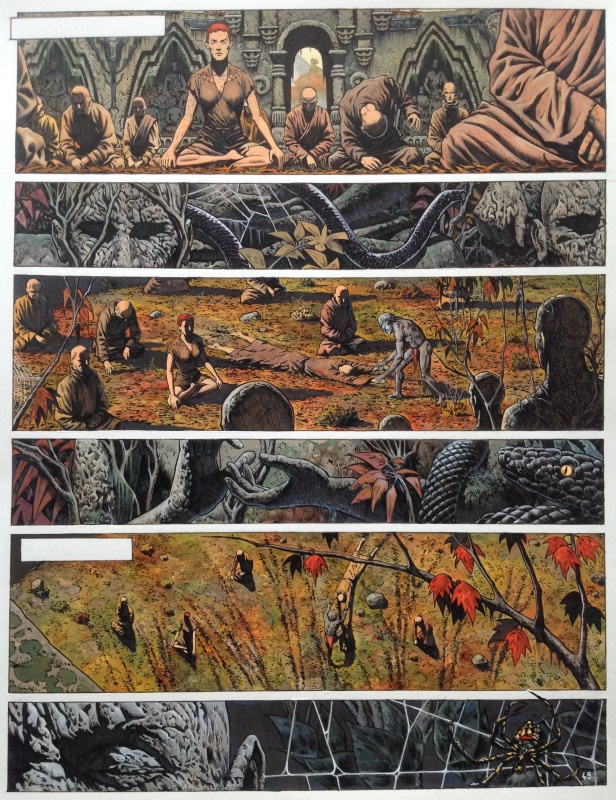 Jean-Claude Gal was a comic artist who mainly worked for Métal Hurlant and Les Humanoïdes Associés. Born in Digne, he began his career as a drawing teacher near Paris. In 1972 and 1973, he made his first short stories for Pilote. He was present in the first issue of Métal Hurlant with the heroic fantasy comic 'Les Armées du Conquérant', that he made in cooperation with writer Jean-Pierre Dionnet. A book collection was published in 1977. Gal continued to draw several short stories for Métal Hurlant, and in 1981, his book 'L'Aigle de Rome', containing a comic he created about ten years earlier, was published. Gal worked with Dionnet again when they commenced working on 'La Vengeance d'Arn', the first installment of their 'Arn' saga, in 1980. A second book, called 'La Triomphe d'Arn', was published by Les Humanoïdes Associés in 1988. In late 1992, Gal teamed up with Jodorowsky and illustrated the first volume of 'La Passion de Diosamante', his first book in direct colors. Gal was working on the second volume, when he passed away in August 1994. Years later, the story was finished by Igor Kordey and published in 2002. Text (c) Lambiek
Go to Jean-Claude Gal's page 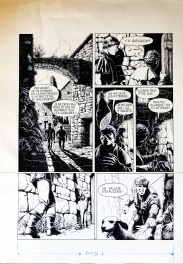 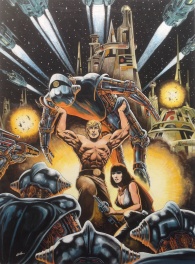 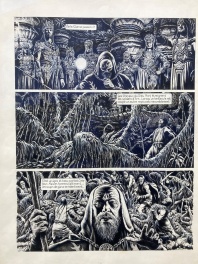 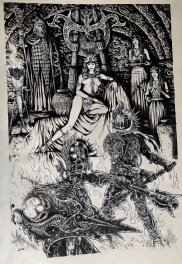