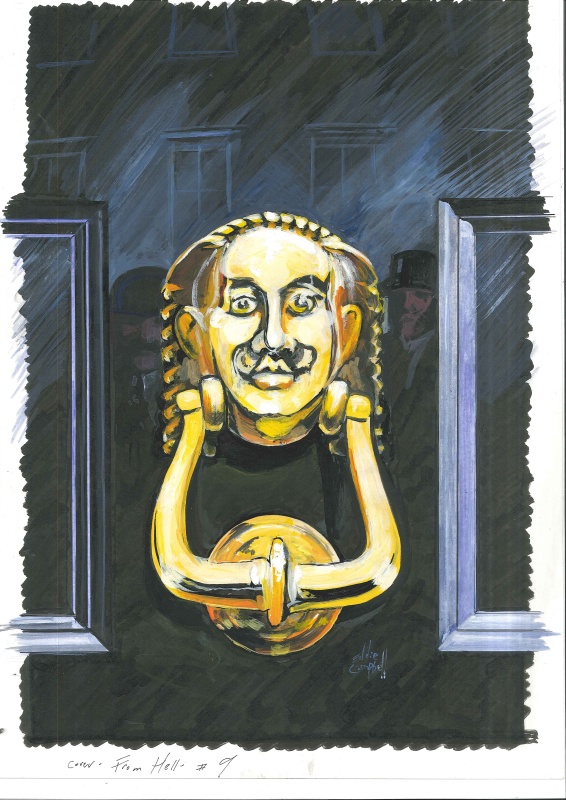 I really shouldn´t buy any more From Hell covers, but I couldn´t resist this one:

This From Hell book 9 (US) cover shows the door to Sir William Gull´s residence in 74 Brook Street, Mayfair, London. Or to be more precise: It shows the most sinister doorknob in the world - a doorknob with The Ripper´s facial features and more and more mad eyes. The door itself is shown as a black, sinister mirror, with images of Gull´s two visitors and hints of the monster lurking behind the door and inside the respectable building.