In geogeo21 's collection
Back to gallery 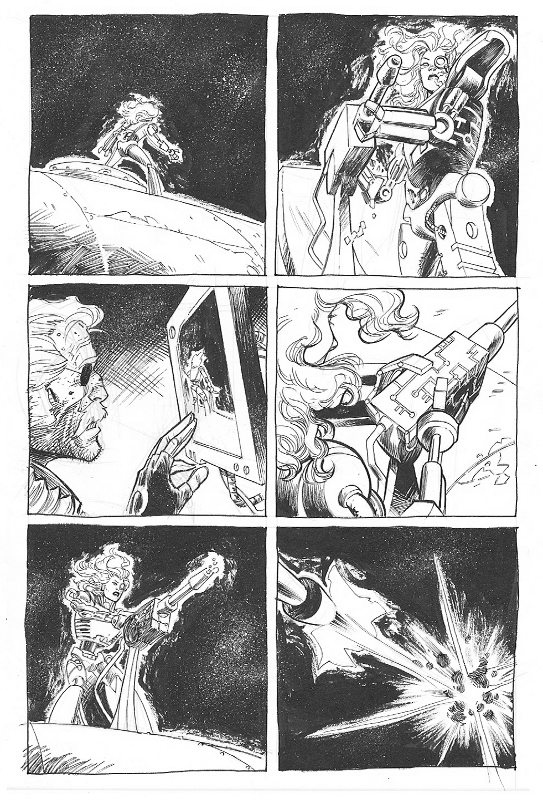 Tony Moore is an American comic book artist, whose work consists mainly of genre pieces, most notably in horror and science fiction, with titles such as Fear Agent, The Exterminators, and the first six issues of The Walking Dead. Moore and writer Robert Kirkman were asked to produce work for the Mattel-licensed Masters of the Universe property. Shortly afterward, they launched Brit and The Walking Dead at Image Comics. Although Moore ceased regular interior artist duties on The Walking Dead with #6, he continued to contribute to the title as cover artist through issue #24, and illustrated the covers for the series' first four collected volumes. Moore was nominated for two Eisner Awards for his work on The Walking Dead, (2004: "Best New Series", and 2005: Best Cover Artist.) Because of the popularity of the series, which increased considerably when it was adapted into a television series of the same name, Moore's original artwork for the series' early issues has gone up in value. On the March 28, 2013 episode of the VH1 reality television series For What It's Worth, Moore's original artwork for Page 7 of issue #1 was professionally appraised to be worth $20,000.
Go to Tony Moore's page
Remove from favorite artists  Add to favorite artists
To leave a comment on that piece, please log in