In STRANGE35 's collection
Back to gallery 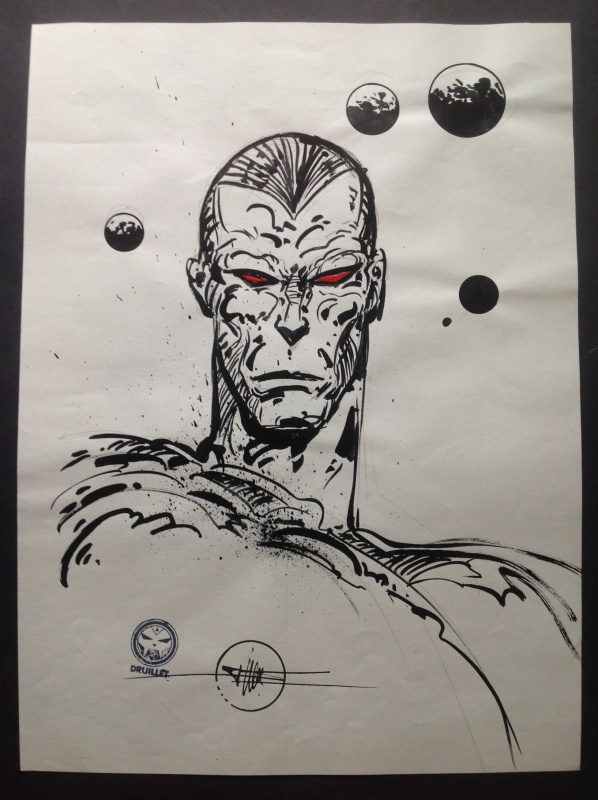 Philippe Druillet ( born June 28, 1944) is a French comics artist and creator, and an innovator in visual design. Druillet was born in Toulouse, Haute-Garonne, France but spent his youth in Spain, returning to France in 1952 after the death of his father. A science fiction and comics fan, Philippe worked as a photographer after graduating from high school, drawing only for his own pleasure. His first book appeared in 1966, entitled Le Mystère des abîmes (The Mystery of the Abyss). It introduced his recurring hero Lone Sloane and played on science-fiction themes partially inspired by his favourite writers, H. P. Lovecraft and A.E. van Vogt. Later Druillet created book covers for republications of Lovecraft's work, as well as numerous movie posters.
Go to Philippe Druillet's page
Remove from favorite artists  Add to favorite artists
11 comments
To leave a comment on that piece, please log in