In Joao  's collection
Back to gallery 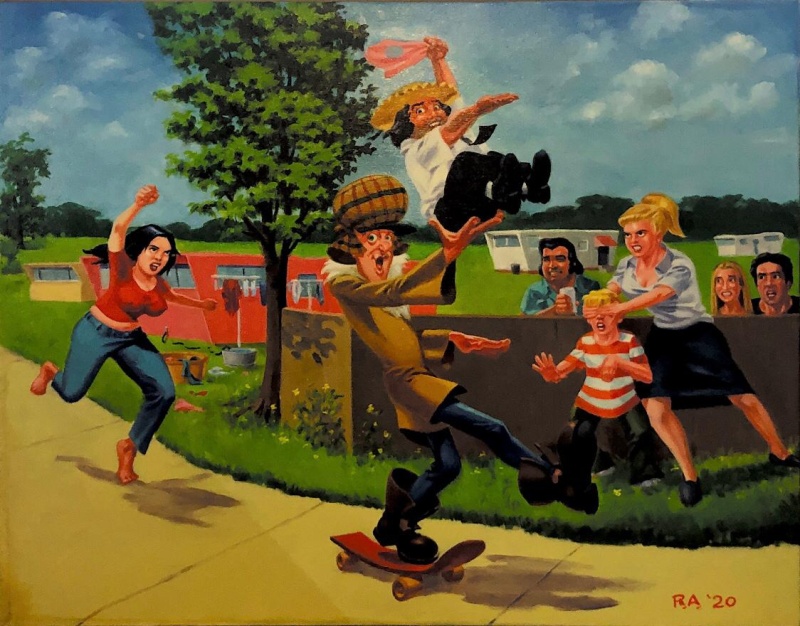 I consider Rick a friend and I was extremely happy that he took the challenge to do a very big oil painting of the beloved Doofus "team" and on top of that with me and my wife presence on the painting (over the fance). For who don't know Doofus here are some quotes from fellow artists about Rick Altergott:
reference to a couple of quotes:
Daniel Clowes: Rick Altergott is the unsung genius of American comedy.
Gilbert Hernandez: Just when you think the inspired madman has deserted our culture for good, along came the king of them all to show us how it's done.

Rick Altergott is a living master of the medium and of comedy
To leave a comment on that piece, please log in

Rick Altergott began his comics career in the early 1980s. By the end of this decade, he was publishing regularly in Cracked magazine. In the 1990s he published his small-press comic book 'Douche Bag Dougan' He is best known as the artist of 'Doofus', which has appeared in Peter Bagge's Hate, among others. Altergott has been doing this bizarre comics series, full of crass, sophomoric humor, with two pathetic losers for protagonists, since 1994. In 2006 he published the biblical mini-comic about Saint Matthias. Together with his wife and fellow cartoonist Ariel Bordeaux, he has contributed to the Kramers Ergo anthology. They also created the comic book 'Raisin Pie', which is published by Fantagraphics. Text (c) Lambiek
Go to Rick Altergott's page 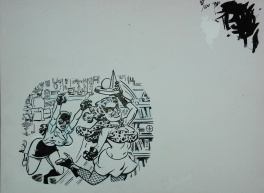