In Gengar 's collection
Back to gallery 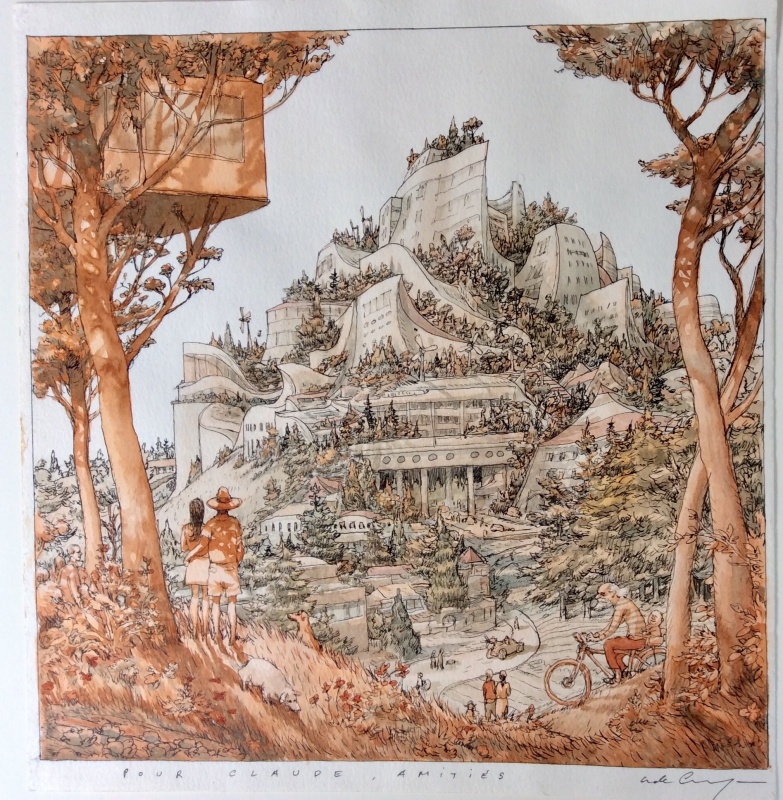 After studying at the Angoulême comics art school, Lyon-born Nicolas De Crécy made his debut in 1987 with 'Bug Jargal', an adaptation of a work by Victor Hugo in cooperation with Sylvain Chomet. He then worked with the French Walt Disney Studios for two years. Meanwhile, he found the time to make the highly acclaimed album 'Foligatto', scripted by fellow Angoulême school artist Alexios Tjoyas. This utterly surreal story about a castrato opera singer in a seemingly eighteenth-century Italian city, immediately made De Crécy one of the most important young comic authors of his generation. His baroque, Klimt-like drawings and unusual use of color gave 'Foligatto' its uniquely haunting atmosphere.
Go to Nicolas De Crécy's page
Remove from favorite artists  Add to favorite artists
11 comments
To leave a comment on that piece, please log in