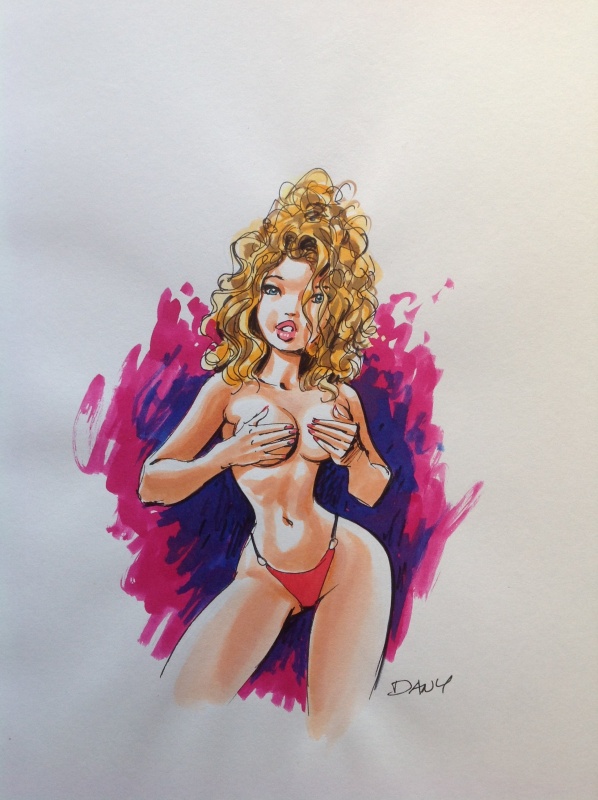 Daniel Henrotin, who signs with Dany, is best known for drawing beautiful women, as can be seen in his series 'Olivier Rameau' and the several 'Blagues Coquines' gag pages he created. He was born in Marche-en-Famenne and obtained his degree in graphics and advertising from the School of Fine Arts in Liège in 1964. He was hired as the assistant of Mittéï in 1966, who was assisting Greg and Tibet on their comics at the time. The collaboration was cut short due to Dany's military service. However, during this period, Dany found the time could find the time to do several short historical stories and illustrations for Tintin magazine. Although generally working in a comical drawing style, Dany has had his exploits in the realistic genre. The first one was the oneshot graphic novel he created with Jean Van Hamme, 'Histoire sans Héros', about the survivors of a plane crash in a South-American jungle. It appeared in Tintin in 1975 and was collected in book format in 1977. Dany and Van Hamme created a sequel in 1997, called 'Vingt ans après'. Dany's biggest success came when he started his series of soft-erotic gag pages, first collected in the 1990 book 'Ça vous intéresse?'. Dany had published his erotic gags, that would eventually become known as 'Blagues Coquines', in the Glénat magazine Le Canard Sauvage in the 1980s. Text (c) Lambiek
Go to Dany's page 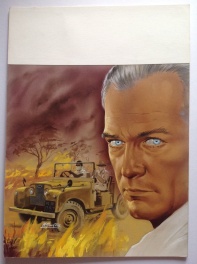 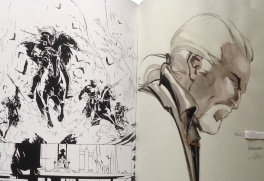 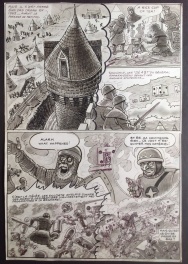