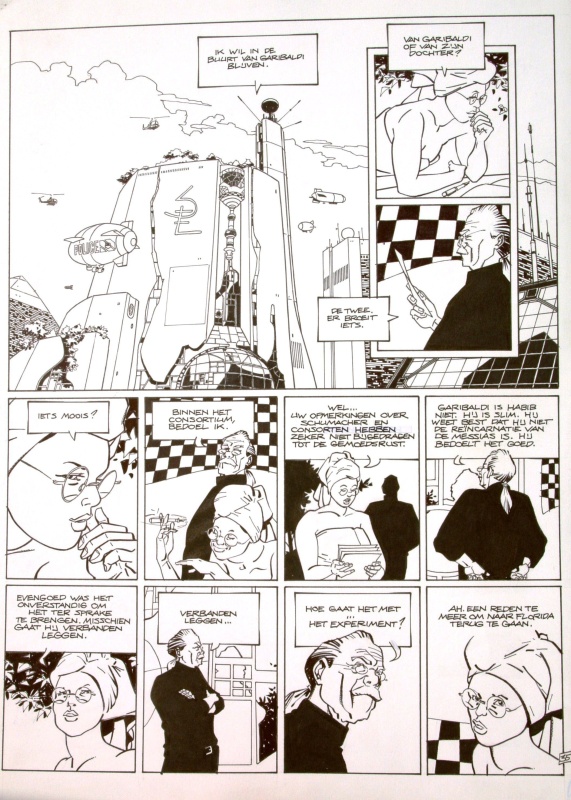 Mark van Oppen, alias Marvano, studied interior architecture before choosing a career as illustrator. His first drawings appear in the Dutch science fiction magazine Orbit, which he signed with Marvano. He continued making illustrations in the science fiction genre for the publishers Heyne in Germany and Meulenhoff in the Netherlands. By 1982, he stopped his architecture activities and became editor-in-chief of Kuifje, the Flemish version of Tintin. During his period he published his first comics in both Kuifje/ Tintin and Robbedoes+ (the Dutch version of Spirou Album +). In 1986 he was appointed head of the comics section of the Flemish publishing firm Den Gulden Engel. Marvano's first artistic claim to fame was his adaptation of SF novel 'The Forever War' by the American novelist Joe Haldeman, that was published as a trilogy in the Aire Libre collection of the publishing house Dupuis in 1988 and 1989. For these books, Marvano worked in close collaboration with the writer, who became a personal friend. Marvano returned to science fiction with 'Dallas Barr', a futuristic series about eternal life, created in cooperation with Joe Haldeman. It was published by Dupuis between 1996 and 2000. Lombard released two new installments in 2005. Marvano and Haldeman made a new SF saga called 'Libre à Jamais' for Dargaud in 2002 and 2003. Text (c) Lambiek
Go to Marvano's page