In comicCAR  's collection
Back to gallery 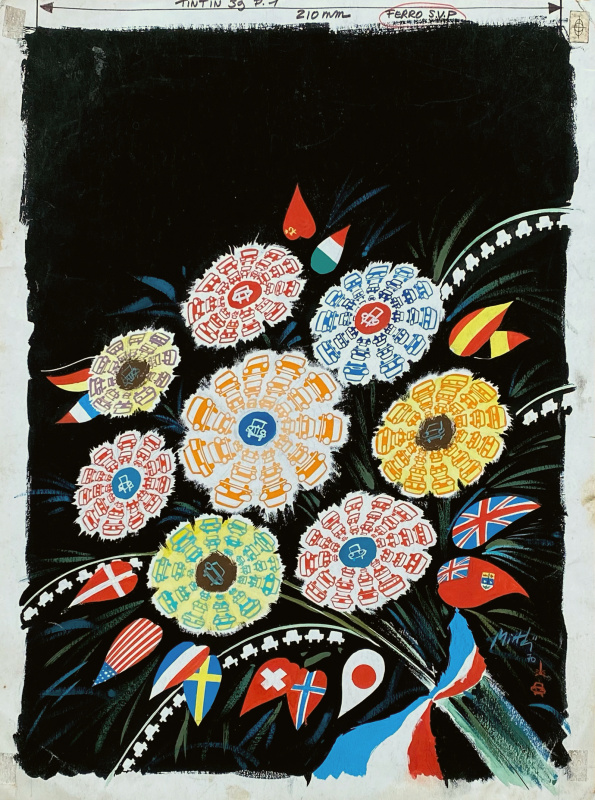 Jean Mariette, better known under his pseudonyms Mittéï and Hao, studied at the École Supérieure des Arts Saint-Luc and at the Academy of Fine Arts in Liège for eight years. He began a career in commercial art afterwards. His first comic, 'La Course au Timbre' appeared unfinished in the short-lived Journal de Paddy in 1955. After making some vertical strips for the dailies Le Soir and De Standaard, he joined Studio Greg. There, he did cartoons for La Libre Junior and worked on such series as 'Luc Junior'. He also assisted Dino Attanasio on 'Bob Morane' and Tibet on 'Ric Hochet', and additionally worked with Édouard Aidans ('Les Franval'), Paul Cuvelier ('Line'), Maurice Maréchal ('Prudence Petitpas') and Renoy ('Nanouche'). He also created 'Nana et Mitsou' in Line and joined Tintin magazine in 1959, where he started out with 'Rouly-la-brise'. Mittéï made the illustrations for the Tintin-Auto section and created 'L'Indésirable Désiré' in 1960. Three years later, he took over the Franquin creation 'Modeste et Pompon' from Dino Attanasio and continued it until 1975. At the same time, he drew 'Les 3 A' in cooperation with Tibet. He transferred to magazine Spirou in 1976, where he created 'Bonaventure' and made his comic adaptations of Alphonse Daudet's 'Lettres de mon Moulin' He also became a versatile writer for other artists Text (c) Lambiek
Go to Mittéï's page 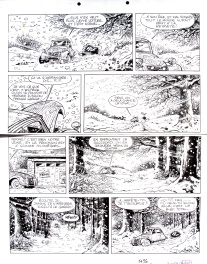 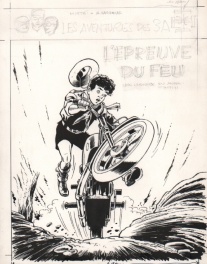