Sign up
In Zibbhebu  's collection
Back to gallery 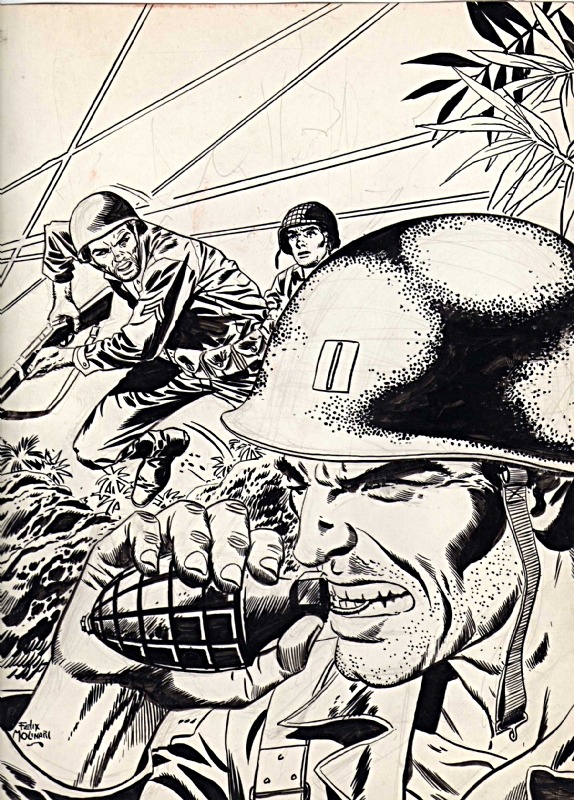 Félix Molinari was one of the main artists for the publishing house Impéria and its predecessor Le Siècle from the late 1950s to the mid 1980s. Born in Lyon, he began his comics career in 1947 with 'L'Aigle des Mers' and 'La Caravane Héroïque', two comic adaptations of movies. For the so-called "Petit Formats" (pocket books) published by Impéria, Molinari created such serials as the World War II adventure comic 'Garry' (1948-86), the superhero 'Super Boy' (1958-86) and 'Tora' (1972-86). In addition, he produced 'Appelez Magnolia 2' and other stories for Targa, 'L'Équipe de Chanzy' in Crampon (1986-87) and illustrated all the covers of the 'Jet Logan' book. By the 1980s, Molinari was focusing on advertisement and cover illustrations. In the 1990s Molinari, started the series 'Les Héritiers d'Orphée' with Philippe Aubert for Soleil, as well as the saga 'Les Tigres Volants' with Richard Nolane. Also for Soleil, he worked with scripwriter Jean-Yves Mitton on 'Les Survivants de l'Atlantique' (1997) and the aviation series 'Le Dernier Kamikaze' (2006). Félix Molinari passed away in February 2011, at the age of 80. Text (c) Lambiek
Go to Félix Molinari's page 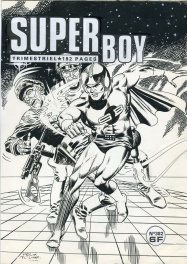 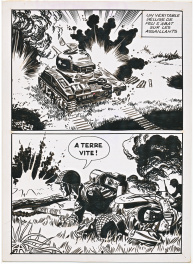 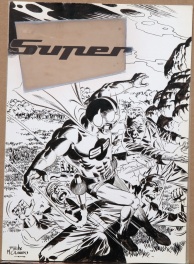 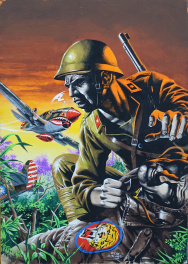