In fazo 's collection
Back to gallery 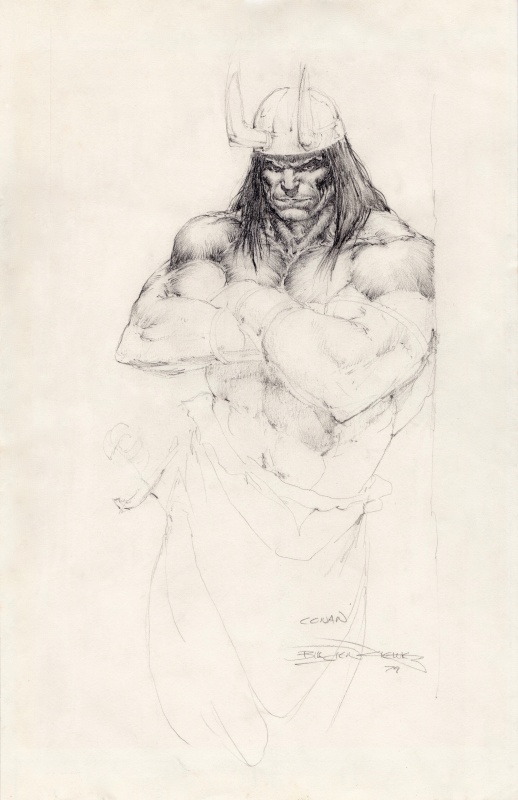 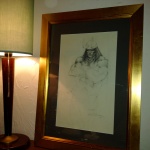 Boleslav William Felix Robert "Bill" Sienkiewicz (born May 3, 1958) is an Eisner Award-winning American artist and writer best known for his comic book work, primarily for Marvel Comics' The New Mutants and Elektra: Assassin. Sienkiewicz often utilizes oil painting, collage, mimeograph and other forms generally uncommon in comic books.Sienkiewicz was born May 3, 1958, in Blakely, Pennsylvania. When he was five years old, he moved with his family to Hainesville, New Jersey, where he attended elementary and secondary school. Sienkiewicz began drawing "when [he] was about four or five", and continued doing and learning about art throughout his childhood. His early comic-book influences include artist Curt Swan Superman comics, and artist Jack Kirby's Fantastic Four. Sienkiewicz attended the Newark School of Fine and Industrial Arts in Newark, New Jersey.
Go to Bill Sienkiewicz's page
Remove from favorite artists  Add to favorite artists

becoolman Oeuvre historique qui plus est ! 1979 ! Sachant que Sienkewicz a commencé son entrée dans le comics à 19ans . Cette oeuvre date de 2 ans après avoir été embauché par Vince Coletta. En réalité, on voit que la façon de dessiner Conan ici reprend Neal Adams, son mentor qui telephona à Coletta en disant :"Studying Neal's work, ... I became obsessed ... and became fixated on it. It was like my intention was to be Neal. ... There was no one at this point saying don't do that, you've got to be your own person. ... When I finally got started, what got me hired was the fact that I drew like Neal. Neal in fact called up Shooter and said, 'I've got this kid fresh off the street and he draws like me. Is that a problem?'" Et c est ainsi que Bill fut engagé !
Dec 4, 2016, 8:42 PM