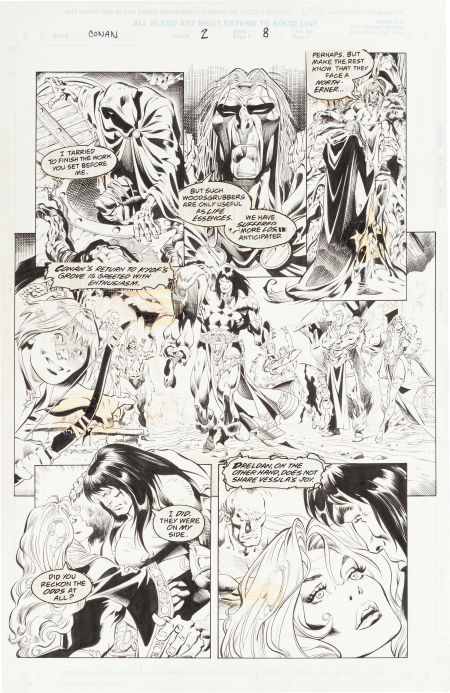 Claudio Castellini entered the world of comics in 1986 by winning the first prize at the ninth International Convention of Prato. Quickly after that he joined the staff of 'Dylan Dog'. Castellini was influenced by Marvel illustrators like John Buscema and Neal Adams. After a series of covers, Castellini realized the graphic novel of 'Silver Surfer'. Claudio Castellini also illustrated a number of copies of 'Amazing Spider-Man' and 'Conan the Barbarian'.
Go to Claudio Castellini's page
Remove from favorite artists  Add to favorite artists
1 comment
To leave a comment on that piece, please log in

The Official Marvel Index to the X-Men #5 prelim Cover,Claudio Castellini