In Vertommen 's collection
Back to gallery 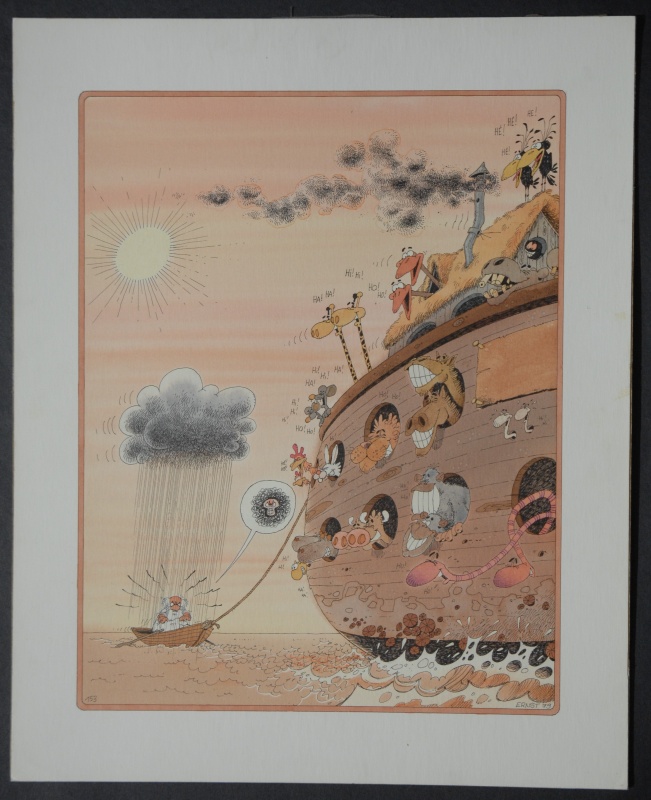 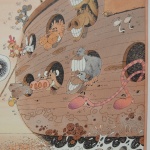 Serge Ernst studied at the École Supérieure des Arts Saint-Luc in Liège, where he studied graphics, engraving and advertising. He worked as a teacher in illustration at the institute afterwards. He entered the comics and cartooning field with the help of François Walthéry and Didier Comès. He joined the magazine Tintin in 1975 where he soon made his mark with his 'Clins d'Oeil'. He continued this series of cartoon pages for fifteen years, and nine book collections were published by Le Lombard. Also for Tintin, he came up with the comic series 'Les Égarés' (1977), 'William Lapoire' (1978, 1985-1988, text by Didgé) and 'Les Cases de l'Oncle Ernst' (1983). In 1990 and 1991, he cooperated with the Parisian publishing house La Sablière, where he created 'Ciel mon Paris!' and 'L'Europe en Douce'. Ernst joined Tintin's rival magazine Spirou in 1992 with 'Les Zappeurs', a comical series about a family of TV addicts. By 2000 Ernst got assistance on the scripts from Jean-Louis Janssens, who was succeeded by Jean-Luc Garrera and Noblet in 2008. The series was retitled to 'Zapping Generation' in 2006. Text(c) Lambiek
Go to Serge Ernst's page
Remove from favorite artists  Add to favorite artists