Sign up
In Damcas 's collection
Back to gallery 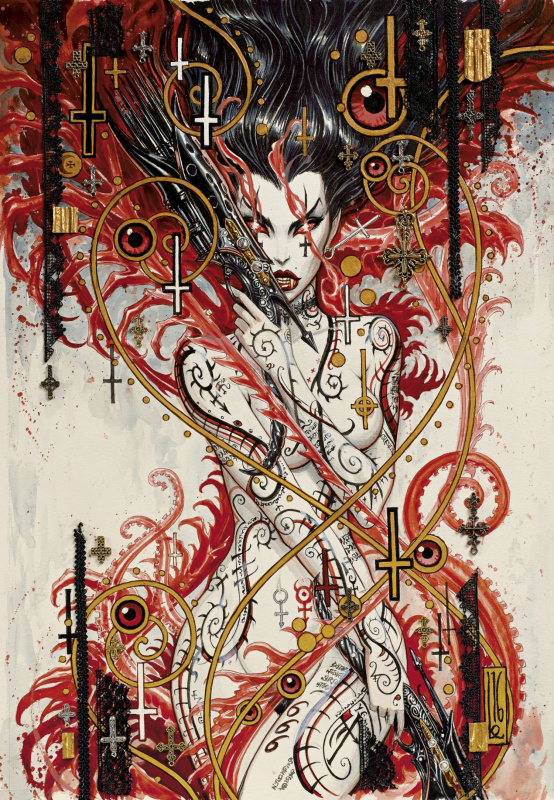 Olivier Ledroit is one of the most notable French artists of fantasy comics, and one of the founding fathers of the "BD Gothique" genre. After studying Applied Arts, Ledroit startted out drawing for some game magazines. Upon meeting the comics writer Froideval, Ledroit was introduced to the comics field. Together with Froideval, he created 'Les Chroniques de la Lune Noire', a series published by Zembla publishers from 1989, and subsequently by Dargaud. While working on this series, he drew 'Xoco' (1994), a fantasy story written by Thomas Mosdi. Between 1996 and 1999, he worked with Pat Mills on 'Sha', a science fiction series that is situated in a religious and fascist America. He contributed to Le Réveil de Golem, and created 'La Porte Écarlate' for Soleil in 1998. Under his own label, Nickel, he created the series 'Requiem Chevalier Vampire', another collaboration with Pat Mills, in 2000. He also illustrated an episode of 'Les Arcandes de la Lune Noire' with a script by Froideval for Dargaud in 2001. A book containing Ledroit's fairytale artwork, 'L'Univers Féerique d'Olivier Ledroit', was published by Daniel Maghen in 2003. Text (c) Lambiek
Go to Olivier Ledroit's page 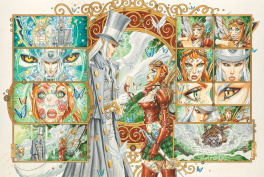 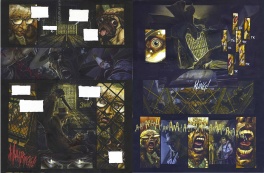 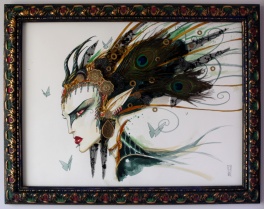