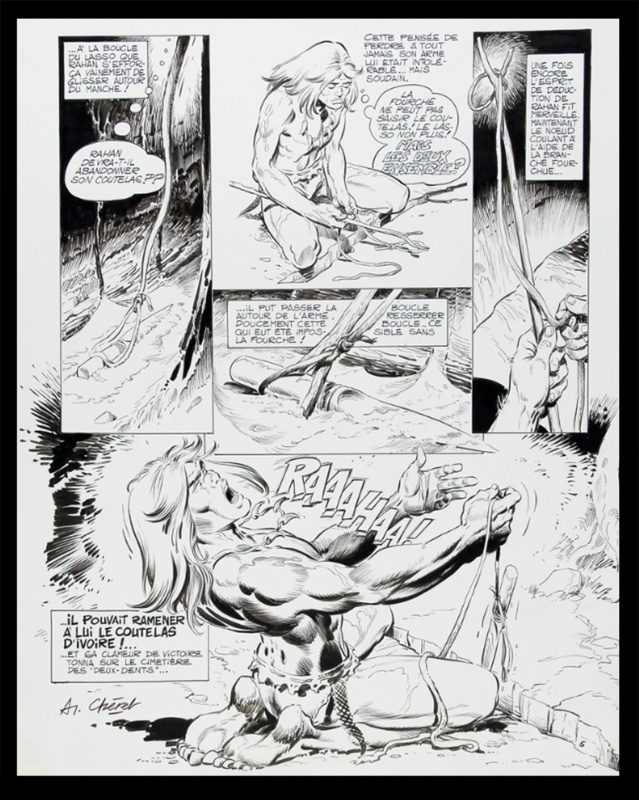 André Chéret is a French comic book artist, best-known as the co-creator of the caveman 'Rahan'. He was born in the Montorgueil-Saint Denis-Les Halles district of Paris and initially worked as a printer, before he pursued a career as an artist. He started out drawing movie posters, and eventually cooperated on a couple of military magazines during his military service. Back in civil life in 1961, he began illustrating for Radar magazine and took on the comics 'Rock l'Invincible' and 'Monica, Hôtesse de l'Air' in Mireille. His most famous creation, the caveman 'Rahan', was launched in Pif Gadget (the former Vaillant) in 1969. The series, written by Roger Lécureux, was a success, and got its own periodical at the publishing house Vaillant from 1972 to 1977. Books collecting the stories have been published by Hachette, Éditions du Kangourou, GP Rouge et Or, Messidor-La Farandole, J'Ai LU BD, Novedi/Dupuis and Soleil Productions throughout the years. Animated 'Rahan'series were made in 1986 and 2010. Chéret has continued the comic with the original writer's son, Jean-François Lécureux, in a series of self-published books between 2000 and 2010. From 1973, Chéret was also present in Tintin, with 'Domino' with text by Greg and later Jean Van Hamme. He also appeared in Les Visiteurs du Mercredi with 'Anaël' (text Sacha) and in Spirou with 'Michel Brazier'. Text (c) Lambiek
Go to André Chéret's page 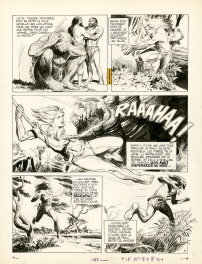 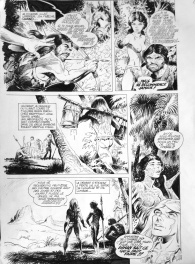 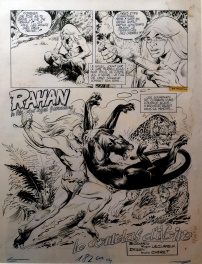 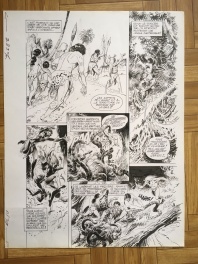