In Fandesbrothers  's collection
Back to gallery 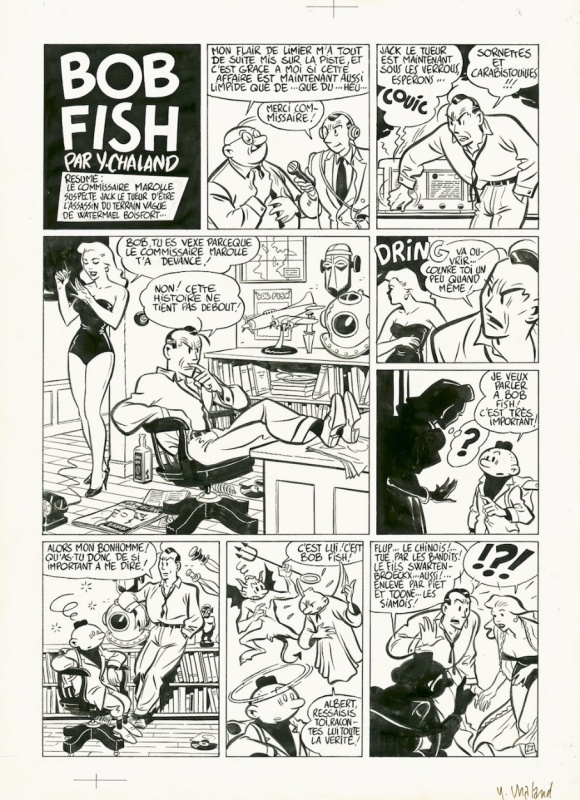 Yves Chaland (April 3, 1957 in Lyon, France – July 18, 1990, France (car accident) was a French cartoonist. During the 1980s, together with Luc Cornillon, Serge Clerc and Floc'h, he launched the Atomic style, a stylish remake of the Marcinelle School in Franco-Belgian comics.Chaland published his first strips in the fanzine Biblipop when he was 17. During his studies at the Ecole des Beaux-Arts, Saint-Etienne, he created his own fanzine, L'Unité de Valeur, in 1976, with Luc Cornillon.[2] In 1978, he met writer/editor Jean-Pierre Dionnet, and they collaborated on features published in the Franco-Belgian comics magazines Métal Hurlant and Ah Nana. These pastiches of 50s comics have been collected in the album Captivant.
Go to Yves Chaland's page 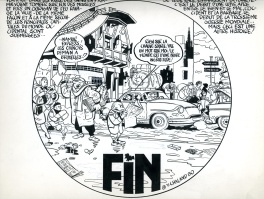 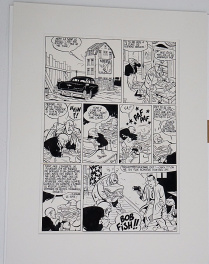 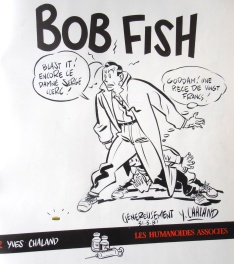 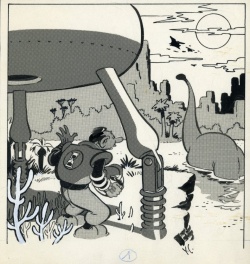