In jfmal  's collection
Back to gallery 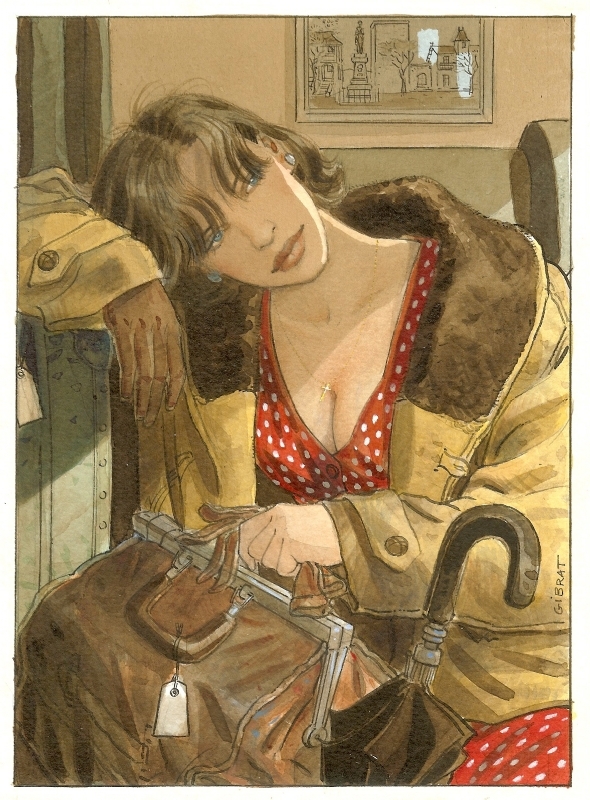 Born in Paris, Jean-Pierre Gibrat studied philosophy, publicity art and plastic art, before making the switch to comics in the second half of the 1970s. has published in various magazines, such as Pilote, Fluide Glacial and Charlie Mensuel. He published his first short stories in Pilote, and these were also collected in the 1980 album 'Visions Futées' by Dargaud. With Jackie Berroyer, he created 'Goudard' in B.D. in 1978, a series that was continued subsequently in Charlie Mensuel and Fluide Glacial. In 1995, Gibrat made 'Pinocchia', an erotic female version of Collodi's famous character, written by Francis Leroi and published in L'Écho des Savanes. In the following year, he associated himself with Daniel Pecqueur and made 'Marée Basse' in the collection Long Courrier of Dargaud. Gibrat then switched to the Aire Libre collection of Dargaud, and produced the World War II diptych 'Le Sursis' in 1997 and 1999, his first project as an allround author. He continued the theme in 'Le Vol du Corbeau', a second diptych published in the same collection in 2002 and 2005. In 2008 he began 'Mattéo' at Futuropolis, a comic about the life of the son of a Spanish anarchist, spanning World War I, the Russian Revolution and the Spanish Civil War. Jean-Pierre Gibrat was invested with a knighthood in the French Ordre des Arts et des Lettres in 2014. Text (c) Lambiek
Go to Jean-Pierre Gibrat's page 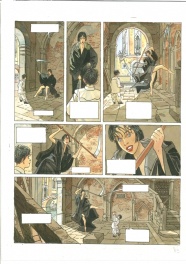 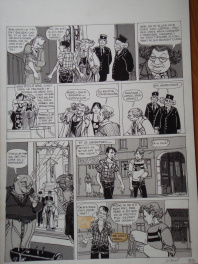 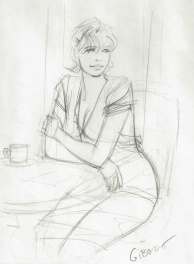 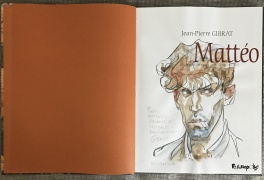