Artwork for sale by Bdborabora
See Bdborabora's art for sale 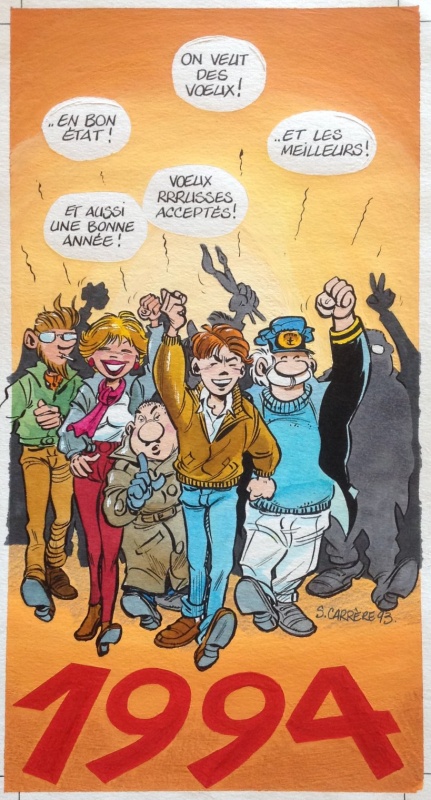 Serge Carrère studied plastic arts in Aix-en-Provence, before he started out working in the advertising field. He turned to making comics in 1980, starting with some stories for Tintin and several fanzines. From 1983, he stated producing work for the magazine Mikado and the publishing house Milan. This included the series 'Coline Maillard' with Patrick Cothias, as well as the more realistic 'Rémi Forget' with Alain Oriol. In addition, he made 'Smok le Clown' with Gérard Moncomle in Fripounet (1986-88) and some short stories scripted by René Durand for Circus. He also continued the series 'Les Tristus et les Rigolus' in Pif for two episodes, and appeared in Spirou with 'S.O.S. Veto'. In 1992, Carrère teamed up with scenarist Scotch Arleston and created his most famous series, 'Léo Loden', for Soleil Productions. The series runs until today, and from 2006, the duo have assistance from Loïc Nicoloff for the scripts. Text (c) Lambiek
Go to Serge Carrère's page 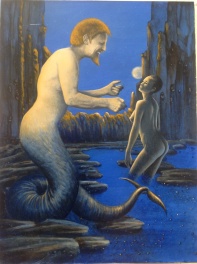 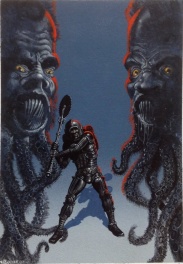 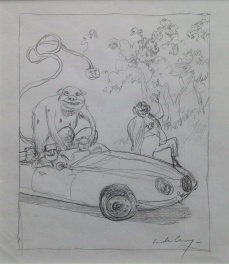 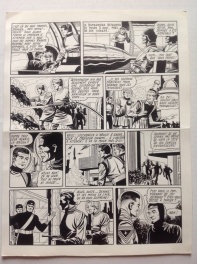