In becoolman  's collection
Back to gallery 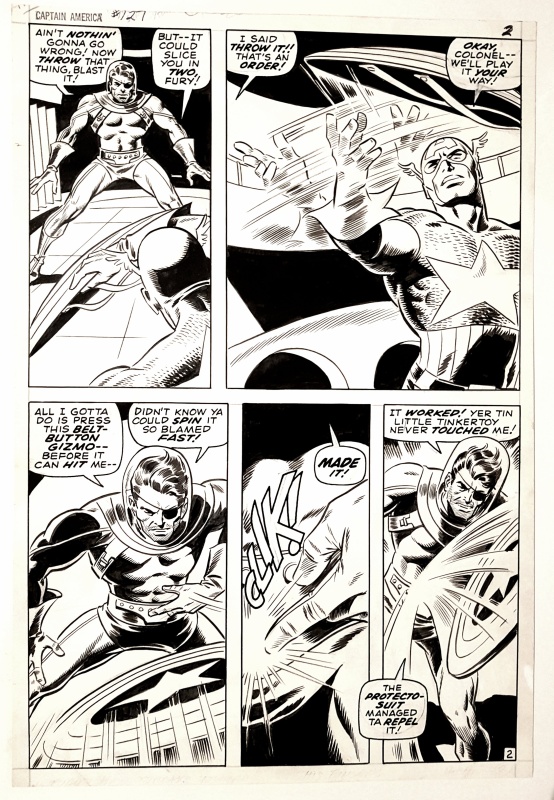 Eugene Jules "Gene" Colan (September 1, 1926 – June 23, 2011) was an American comic book artist best known for his work for Marvel Comics, where his signature titles include the superhero series Daredevil, the cult-hit satiric series Howard the Duck, and The Tomb of Dracula, considered one of comics' classic horror series. He co-created the Falcon, the first African-American superhero in mainstream comics, and the non-costumed, supernatural vampire hunter Blade, which went on to star in a series of films starring Wesley Snipes. Colan was inducted into the Will Eisner Comic Book Hall of Fame in 2005.
Go to Gene Colan's page 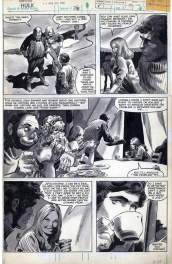 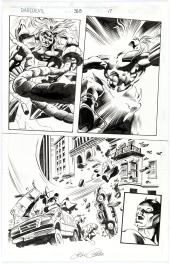 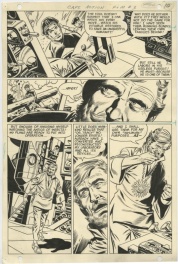 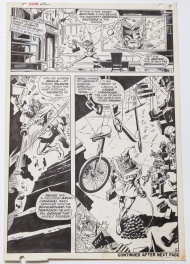