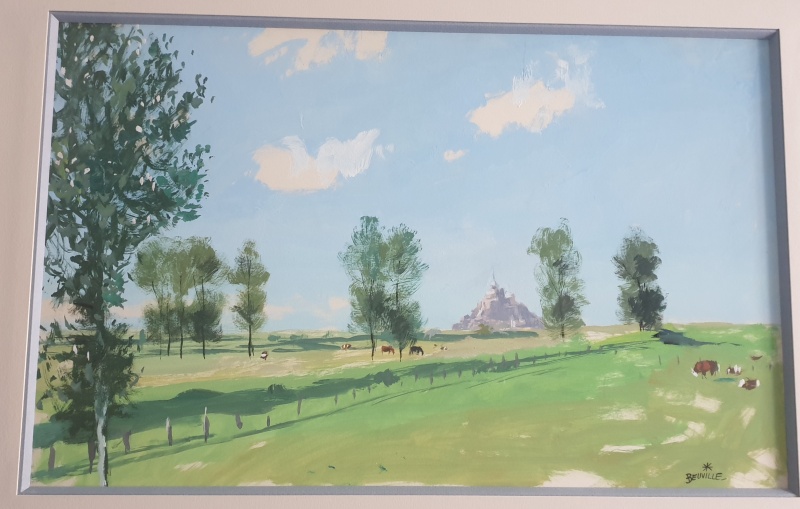 Georges Beuville was a French illustrator, born in Mestry, Calvados. He attended grammar school in Caen and then studied Decorative Arts in Paris. He started out in the 1920s as a portrait painter, sculptor and set designer for the theatre. He also made illustrations for stories published in the women's press. He did his advertising jobs through Havas (1926-1930), La Frégate (1930-1931) and his own Service Beuville éditions (1932-1937). He has designed posters for G.R.A.P., Boto, Malt Kneip and Nestlé. Beuville became official aviation painter in 1935 and painted military planes at the beginning of World War II. He also ventured into comic art for Editions de Montsouris, publishing in Lisette (1941) and Jean Bart (1946). After the War, he was present in Francs Jeux with 'Les Aventures de M. Pickwick' (1947), in Pierrot with 'Jacques Cartier' (1948) and in Tintin with 'Le Morne au Diable' (1950). Later on, in 1971, he was making puzzle spread pages for Pilote. Beuville is however best known for his press illustrations for Le Petit Journal, Paris-Soir, Tout et Tout, Pour elle, Notre coeur, Marie-Claire and France Dimanche, and for his many book illustrations. His work was an influence on Hergé, André Franquin, Cabu, Claire Bretécher, Pascal Rabaté, René Follet and Emmanuel Guibert.
Go to Georges Beuville's page 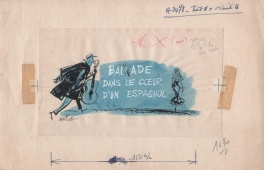 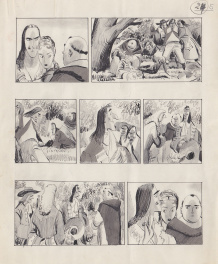 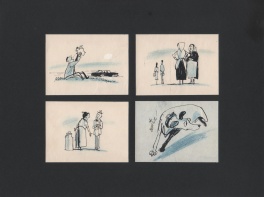 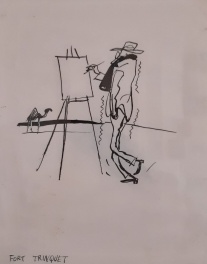