Sign up
In blackagar 's collection
Back to gallery 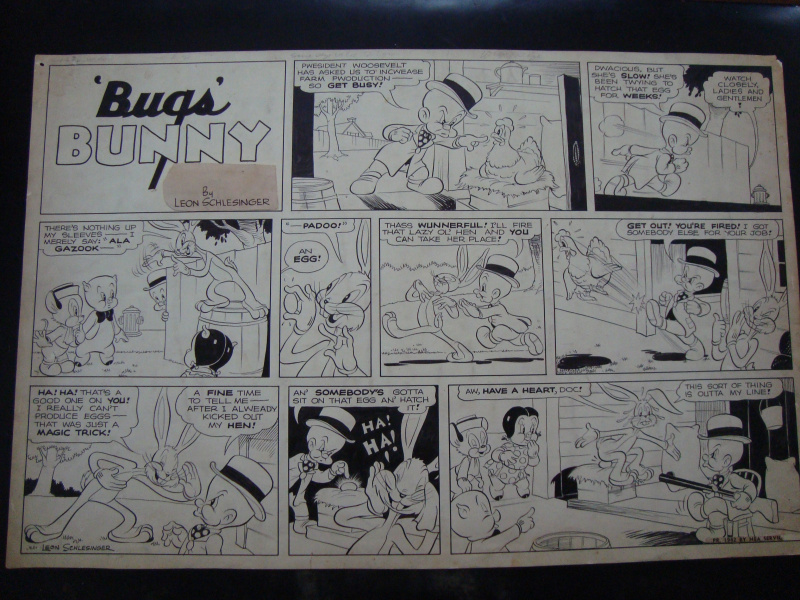 Chase Craig (October 29, 1910 – December 2, 2001) was an American writer-cartoonist who worked principally on comic strips and comic books. From the mid-1940s to mid-1970s he was a prolific editor and scripter for Western Publishing Dell and Gold Key comics. Born in Ennis, Texas, in 1933-34 Craig studied at the Chicago Academy of Fine Arts and then moved to Boston. There he worked at The Christian Science Monitor drawing Little Chauncey, which featured the antics of a rather precocious baby. Craig moved to Hollywood in 1935, where he became an animator for Leon Schlesinger and Walter Lantz. Craig left the animation field in 1939 and began working as a freelancer drawing several comic strips, including Hollywood Hams (for the Los Angeles Daily News) and Mortimer Snerd and Charlie McCarthy. He teamed up with Fred Fox, and drew the Odd Bodkins comic strip for Esquire Features (1941–42) as well as writing and drawing for the first six weeks in 1942 the Bugs Bunny comic Sunday pages and
Go to Chase Craig's page