In fabcollection  's collection
Back to gallery 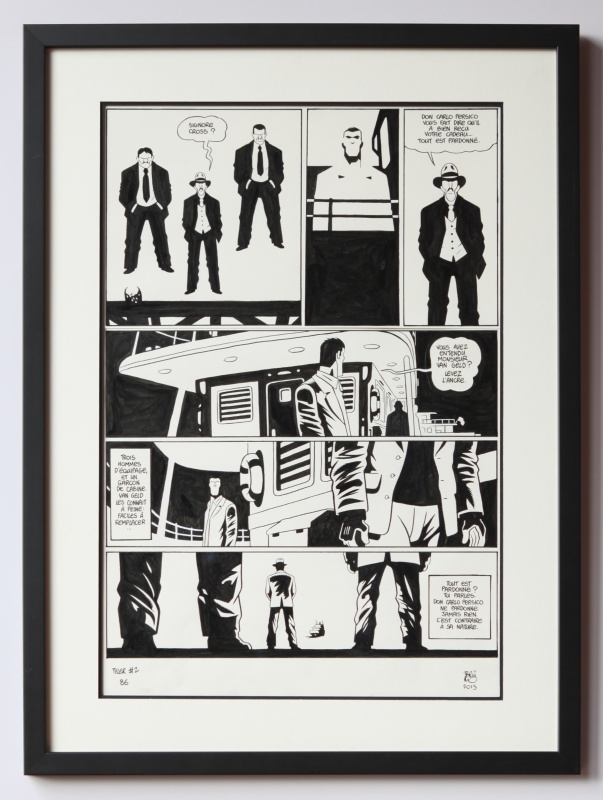 Brüno Thielleux, who signs with his first name, was born in Germany as the son of a soldier and a housewife. He attended the Estienne school in Paris before obtaining his degree in Plastic Arts in Rennes. Upon graduation, he drew his first short stories in magazines like Kalémia, Troo and Pili-Pili from 1995. Publishing house La Chose published his frist albums, that include 'In Articulo Mortis', 'Le Guide Crânien', 'Mais que Fait la Police?' and 'Vitr le Mo, Maître du Monde'. He then began an association with Treize Étrange, where he wrote and drew a free Jules Verne adaptation called 'Nemo' (2001-2004), as well as a book in the SF series'Voltige et Ratatouille' (2000) and his one-shot detective book 'Cold Train' (2000). Since 2007 he has been working on several series for Dargaud. He teamed up with Appollo to create the science fiction diptych 'Biotope' in 2007, that followed by the series 'Commando Colonial' from 2008 to 2010. Dargaud also published the comic adaptation he made with Fabien Nury of the 'Atar Gull' novel by Eugène Sue in 2011. Brüno and Nury continued their collaboration with the detective series 'Tyler Cross' in 2013. Text (c) Lambiek
Go to Brüno's page
Remove from favorite artists  Add to favorite artists
17 comments
To leave a comment on that piece, please log in 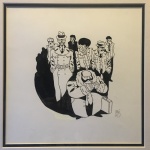