In syndicien 's collection
Back to gallery 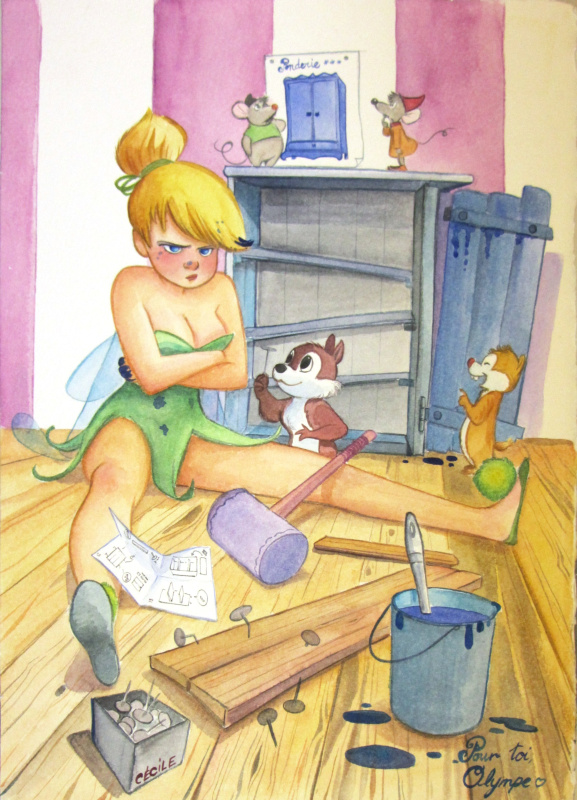 Cécile Brosseau is a self-taught comic artist from Vendée, who has been drawing since early childhood. She made her first illustrations for the newspaper Ouest France in the second half of the 1990s. She published the first installment of her children's comic 'Cédille' with Clair de Lune in 2005. Afterwards, she began working on a book with articles and press illustrations called 'La Drôle d'Histoire de Nantes', which was published by Des Dessins et des Mots, a Breton publisher. In 2007, she made the comic album 'Edlyn', starring another little girl, for Soleil Productions. Since 2010 she has been working on new adventures of 'Cédille' with children's book writer Marc Canton for Le Lombard. She has made an adaptation of Luc Besson's film 'Arthur et les minimoys' for Glénat in 2009. She subsequently worked with Christophe Lemoine on comic book adaptations of Louis Pergaud's 'La Guerre des Boutons' (2011) and Jules Renard's 'Poil de Carotte' (2014) for Vents d'Ouest. Cécile is furthermore the artist of the children's comics 'Clara' (with Lemoine, in 012) and 'Lulu et Fred' (with Jean-Jacques Thibaud and Nicolas Robin, since 2013) for Le Lombard. Text (c) Lambiek
Go to Cécile's page
Remove from favorite artists  Add to favorite artists