In Koikeski  's collection
Back to gallery 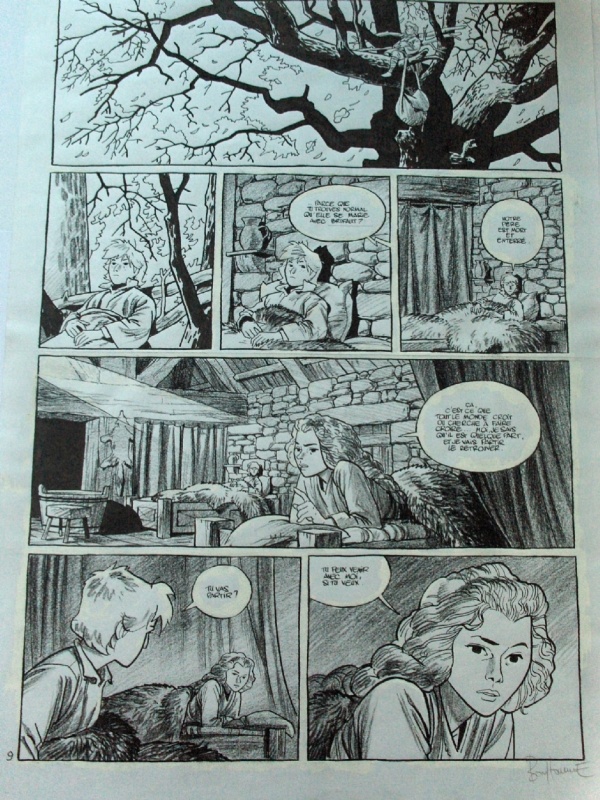 Coming from an artistic family, Matthieu Bonhomme got his degree in Applied Arts in 1992. He learned the finer points of the comics profession by working in Christian Rossi's atelier. During this period, Bonhomme had illustration assignments for the press and magazines (Spirou, Je Bouquine, Image Doc), while creating his first comics ('Victor et Anaïs') for Éditions Okapi/Carabas in cooperation with Jean-Michel Darlot in 2002. He joined the Atelier des Vosges, where he got acquianted with his future scriptwriters Gwen de Bonneval and Fabien Vehlmann. It was with Vehlmann that he started his first series, 'Le Marquis d'Anaon', that was published by Dargaud between 2002 and 2008. He published his solo book 'L'Âge de Raison' with Éditions Carabas in 2002, and since 2005, he also writes and draws the children's series 'Le Voyage d'Esteban' for Éditions Milan. The series is continued by Dupuis from the third book. Bonhomme has additionally worked with Lewis Trondheim on 'Omni-visibilis' (Dupuis, 2010) and the Spirou supplement 'Texas Cowboys' (2011-2014). In 2016, he wrote and drew the remarkable comic album 'L'Homme qui tua Lucky Luke', starring a darker and more realistic version of the classic comics cowboy created by Morris. Text (c) Lambiek
Go to Matthieu Bonhomme's page
Remove from favorite artists  Add to favorite artists