In Flamby69  's collection
Back to gallery 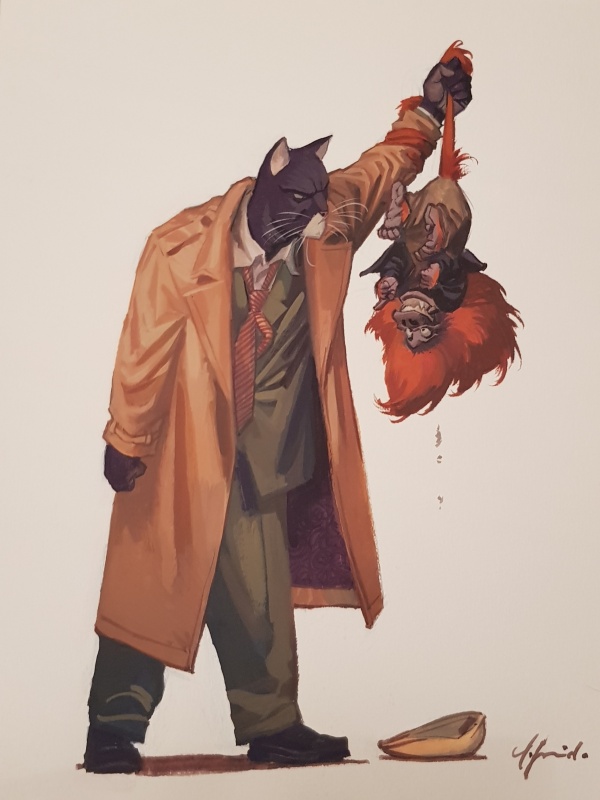 Juanjo Guarnido is a Spanish illustrator and the co-author of the comic book series Blacksad. Guarnido collaborated on several fanzines and produced work for Marvel Comics. Unfortunately, the small size of the Spanish market forced him to turn to other means of earning a living. In 1990, he left Granada and moved to Madrid, where he worked on a TV series for three years. There he met Juan Díaz Canales, with whom he discussed producing comics. In 1993, Guarnido applied for a job with the Walt Disney Studios in Montreuil, France and consequently moved to Paris. He was the lead animator for the character Sabor in the Disney film Tarzan. After Guarnido left Disney, he reconnected with Canales. After contacting several editors, Guarnido and Canales finally signed on with French publisher Dargaud, and in November 2000, Quelque part entre les ombres (Somewhere within the Shadows) was published. It was a success among critics and the public, and won the Prix de la Découverte at the Sierre International Comics Festival and the "Avenir" Prize at the Lys-lez-Lannoy Festival, respectively in Switzerland and France.
Go to Juanjo Guarnido's page
Remove from favorite artists  Add to favorite artists
14 comments
To leave a comment on that piece, please log in