In phi72 's collection
Back to gallery 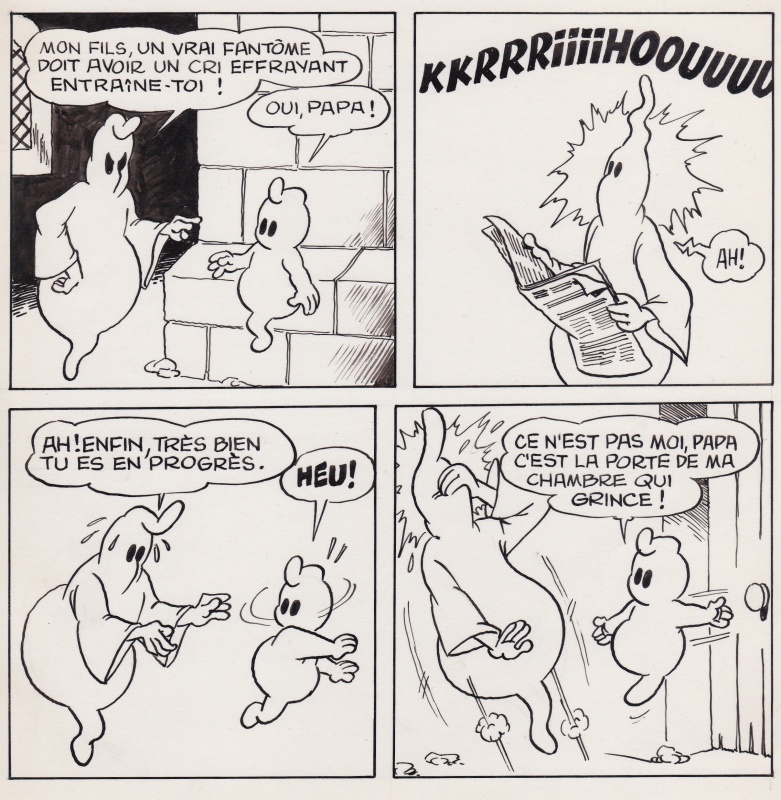 Michel-Paul Giroud, the son of comics artist Eugène Gire, has worked a lot for French pocket comics ("petits formats") during the 1950s and 1960s. After completing his studies in Decorative Arts in 1953, he began his artistic career with the Société d'Editions Générales (S.E.G.) in 1957. He drew the adventures of 'Tinnabule et les Yaya' for À Travers le Monde and subsequently for Trident, as well as the series 'Tonton Bola' in O'Kay (1959). Also in 1959, he was present in Vaillant with 'Les Jeux de Riquiqui et Roudoudou'. Giroud additionally drew stories with Jean Cézard's 'Arthur le Fantôme' for the pocket books published by Vaillant and Lug. For Aventures et Voyages, he created 'Rook & Rool' in Kris le Sheriff and Lancelot (1960) and succeeded his father on 'Cap'tain Vir de Bor' (1962). In addition, he produced 'Les Loups' for Trident in 1966. He took over his father's series 'La Pension Radicelle' and changed it to 'Les Découvertes de Saturnin', laying the focus on one of the characters. In 1973, he began the western series 'Yankee', and by 1977, he was working exclusively for Mon Journal. He created the historical comic 'Toÿ' in 1983, and left the field a couple of years later to focus on commercial art and illustrations. Text (c) Lambiek
Go to Michel-Paul Giroud's page 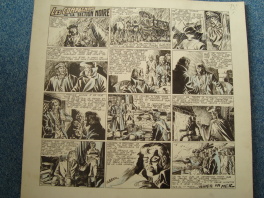 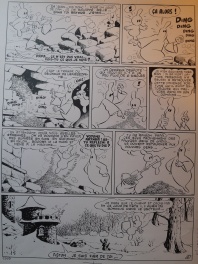 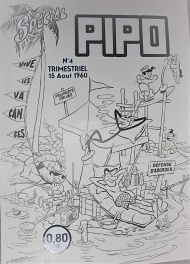 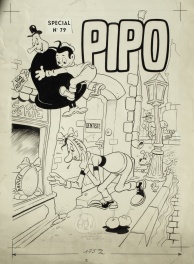