In SketchCollector 's collection
Back to gallery 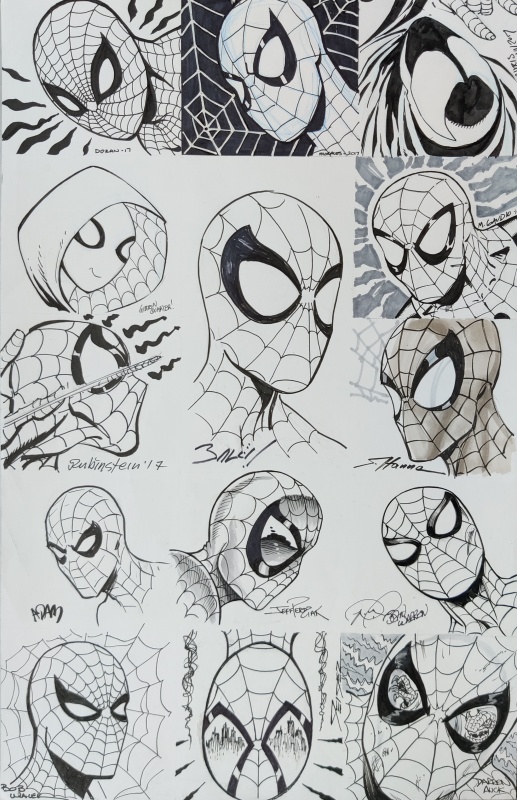 2. Mark Morales :
A longtime comics pro, Mark has worked for many companies including Image, Dark Horse, Chaos, DC Comics and Marvel Comics, mostly as an inker. Past projects from Mark include Thor, Daredevil, Batman, X-men, Avengers vs X-men, Spider-man/Deadpool and Astonishing X-men. Currently he is working on The Avengers for Marvel Comics and Justice League from DC Comics.

3. Chris Ivy
After graduating from Parsons School of Design in New York City, Christopher Ivy started his career working for John Romita and Don Perlin in the Marvel Bullpen. He soon picked up freelance work as penciler, inker and colorist--but he’s most known for his inking stints at Marvel over Ron Garney on Ghost Rider, Michael Bair and Tom Morgan on Alpha Flight, Dwayne Turner on Cage and over James Fry and Stephen Platt on Marc Spector: Moon Knight.

4. Gibson Quarter
He is a Canadian comic book artist best known for illustration work on The War on Drugs with writer Alan Grant the Undertow Comics from 7th Wave. For DCC, Gibson brings his zany talents to The Frogman Trilogy and Adventures in Science.

5. Josef "Joe" Rubinstein is a comic book artist and inker, most associated with inking Marvel Comics' The Official Handbook of the Marvel Universe and the 1982 four-issue Wolverine miniseries by Chris Claremont and Frank Miller. He is also known to be the one to have given artist Art Adams his first professional work.

6 .Mark Bagley is an American comics artist. He has worked for Marvel Comics on such titles as The Amazing Spider-Man, Thunderbolts, New Warriors, and Ultimate Spider-Man and for DC Comics on Justice League of America, Batman and Trinity.

7. Matt Gaudio is an Italian-American comic book artist. A graduate of the renowned Kubert School, specializing in sequential art and illustration, Matt is known for his slick style and nuanced ability to bring a story to life. He has a deep passion for visual storytelling and story adaptation, as well as for the collaborative process often involved in doing so.

8. Scott Hanna is an inker in the comic book industry. He have worked with DC Comics and Marvel. He started his career as an inker for Eternity Comics. He then worked for DC at Detective Comics for five years, completing storylines as Knightfall; Contagion; Legacy and Cataclysm. He the worked for Marvel Comics for almost 14 years and inked almost every major character.

10. Jeff Perdziak
Creator, writer and penciller for The Menagerie - Unexplained Legends. Jeff's been an artist all his life. Creating art work for many different things. From Pencil drawings, Triathlete uniforms, metal sculptures to murals.

12. Bob Wiacek
Robert Wiacek (Real Name) is a comic book artist. He began his career as an inker in 1976. His first published work was the Superman #301. He has inked over such pencilers as Carmine Infantino on Star Wars, John Romita Jr. on The Uncanny X-Men, June Brigman on Power Pack, John Byrne on Sensational She-Hulk, and Walter Simonson on X-Factor and Orion and George Pérez Brave and the Bold, volume 2.

13. Steve Geiger
For the past Twenty years Steve Geiger has served as a professional artist in the advertising and comic book fields. ... Throughout his career he has served as a regular artist on such comics as Spider-man, The Incredible Hulk , Bloodshot, Scion, Lorelei, and Samuree.

14 Darren Auck
Darren Auck is a veteran penciler who has worked for Marvel and DC. During his 10 years at Marvel as an artist, writer, and art director, Auck worked on some of the industry's most well-known characters, including the Avengers, Spider-Man, and She Hulk. In the 90s, Auck penciled Marvel's mini-series Rocko's Modern Life, based off of the animated television series on Nickelodeon. Currently, Auck works as an instructor at the Kubert School of Art.

Scott Hanna is an inker in the comic book industry. He have worked with DC Comics and Marvel. He started his career as an inker for Eternity Comics. He then worked for DC at Detective Comics for five years, completing storylines as Knightfall; Contagion; Legacy and Cataclysm. He the worked for Marvel Comics for almost 14 years and inked almost every major character.
Go to Scott Hanna's page 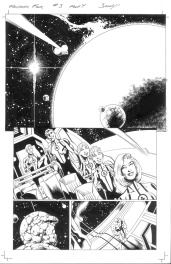 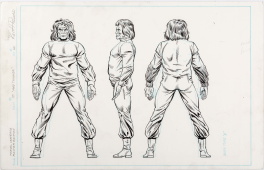 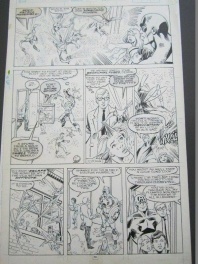 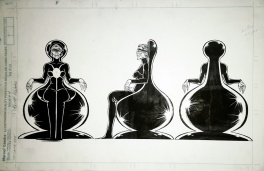