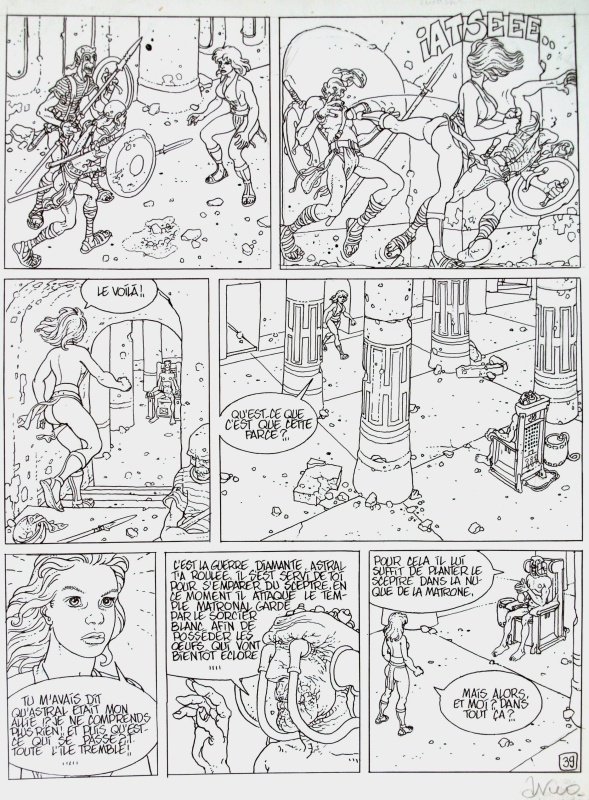 Arnaud Dombre, who uses the pseudonym Arno, spent his childhood all over the world, because his father was a French teacher abroad. He has lived in Iraq, Uruguay and Chile. His parents forbid him to read comics, but he persisted and went on to study art in France. When he was nineteen years old, he published his first comics in the magazine Métal Hurlant. It was there that he met Alejandro Jodorowsky, with whom he started a collaboration on the adventure series 'Alef-Thau'. In 1985, Arno illustrated the short story collection 'Kids'. In 1993, 'Augustin, la Croisée des Chemins' was published by Casterman. Arno died in Paris three years later, while he was working on the eighth album of 'Alef-Thau'.
Go to Arno's page
Remove from favorite artists  Add to favorite artists