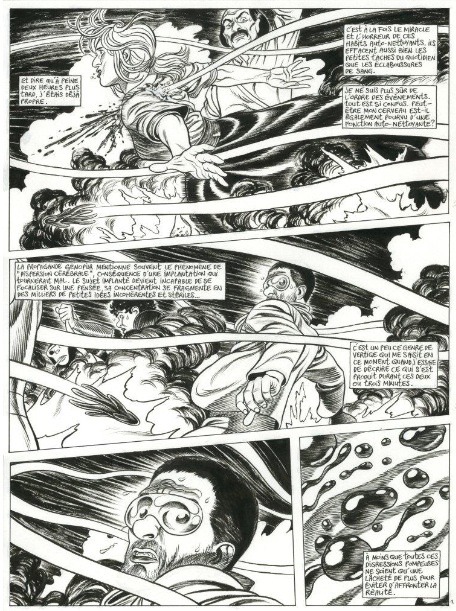 Peeters received his bachelor of arts degree in visual communication from the École Supérieure d’Arts Appliqués in Geneva in 1995. Peeters currently lives with his partner Cati, her son, and their daughter in Geneva. His autobiographical graphic novel Blue Pills received the Polish Jury Prize at the Angoulême International Comics Festival, where it was also nominated for Best Book. Blue Pills also won the Premios La Cárcel de Papel in Spain for Best Foreign Comic. This is his first work to be translated into English. Other graphic novels include Pachyderme (nominated for the Grand Prix at the Angoulême International Comics Festival 2010), Lupus, RG, and Koma. He has worked with documentary film-maker Pierre Oscar Lévy on an adaptation of Blue Pills for that medium. Subsequently, in 2010 the two collaborated on an unsettling science fiction graphic novel, available in English in 2011 as Sandcastle. He is also the author and illustrator of Aâma, a science-fiction series released in four parts between March, 2014, and September, 2015.
Go to Frederik Peeters's page
Remove from favorite artists  Add to favorite artists