Artwork for sale by Boris
See Boris's art for sale 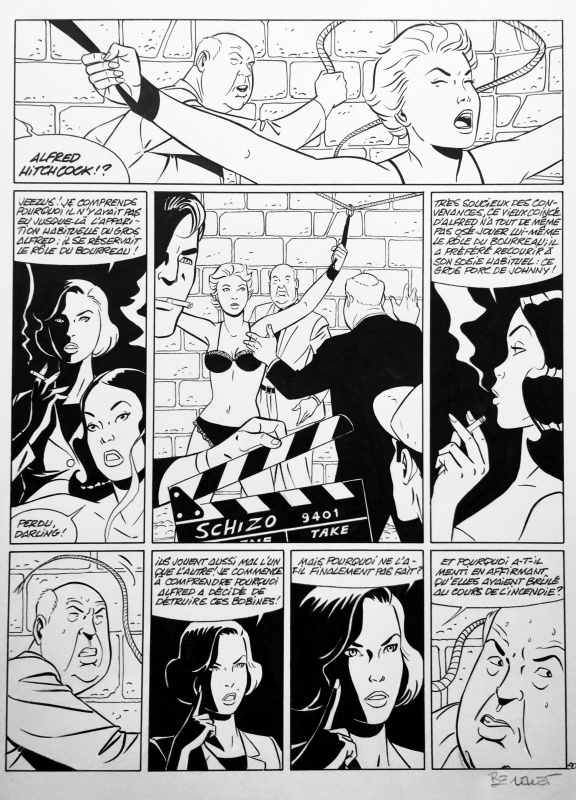 After completing his studies at Saint-Luc in Brussels, Philippe Berthet drew his first stories for French magazines like Le 9e Rêve, Aïe! and Spatial from 1978. In 1981, he joined the magazine Spirou, where he began the series 'Lloyd' together with the writer Andrieu. A year later, he was also present in Circus with the futuristic series 'Le Marchand d'Idées', which he wrote and drew in cooperation with Antonio Cossu. Berthet and Cossu also created several short stories for the magazine, that are collected in the album 'Rêve de Chien'. He also began the 1930s crime noir series 'Le Privé d'Hollywood', which was scripted by José-Louis Bocquet and François Rivière, between 1983 and 1989. For the collection Aire Libre of Dupuis, he created the graphic novels 'Sur la Route de Selma' with writer Tome in 1991, and 'Halona' in 1993. In 1994, he launched the retro series 'Pin-Up' with writer Yann for Dargaud, of which new installments continue to appear on an irregular base. The series, about 1940s and 1950s model Betty Page, was an homage to Milton Caniff and his comic 'Male Call'. Text (c) Lambiek
Go to Philippe Berthet's page

Other sales from Boris : 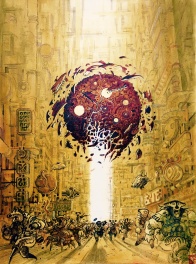 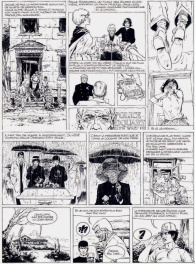 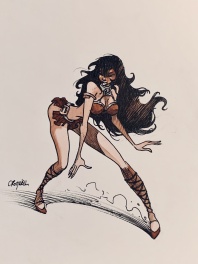