In Tarkey 's collection
Back to gallery 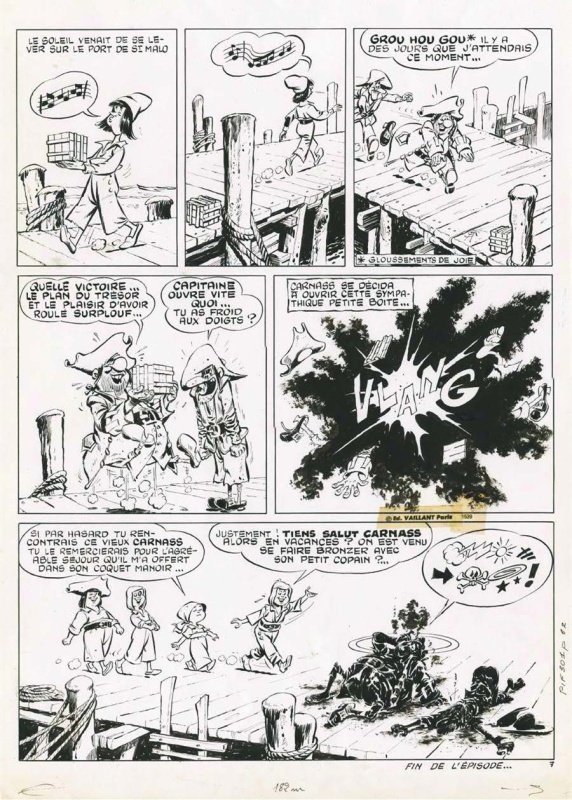 Jean Cézard, or Jean Caesar, (born March 23, 1924 in Membrey, Haute-Saône, and died April 8, 1977) was a French cartoonist and comic artist. He was a prolific writer and cartoonist in France during the post-war period, exercising both his talents in realism and in cartoonism, and remains popular due to his style of character creation using precise lines, detailed and well-rounded, and perfectly highlighted humor. His best known characters are Kiwi, Arthur the vigilante ghost, Rigolus and Tristus, and Surplouf the Pivateer. Cézard was also a wonderful artist whose nuanced and perfectly mastered art was largely unparalleled. In his time he did not hold the same level of fame as other artists, although they were certainly rivals. This suggests that he lacked a talented agency or marketing ability during this time.
Go to Jean Cézard's page
Remove from favorite artists  Add to favorite artists

Arthur a bonne mine p1