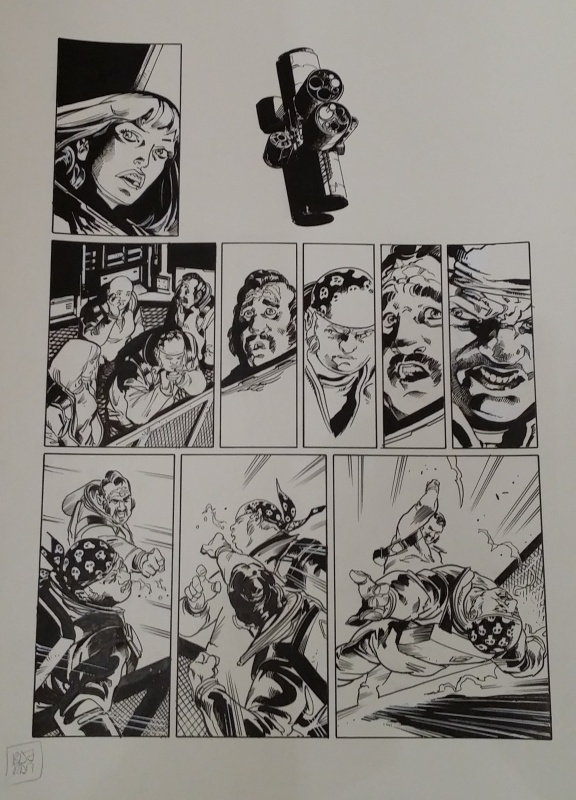 Denis Bajram was born near Paris, where he studied both Fine Arts and Decorative Arts. With Thierry Cailleteau, Bajram created 'Cryozone', a story about zombies in two episodes, published by Delcourt in 1996 and 1998. By now, Bajram had joined the Sanzot atelier in Angoulême, where he participated in the collective album 'Seuls les Vélos Volent', among other projects. In 1998, he returned to Paris, where he began the Central Park studios, together with Mathieu Lauffray, Alex Alice and Patrick Fréon. At this point, he created the 'Universal War One' SF series, which is published by Soleil until 2006. Working as a scriptwriter, he has cooperated with his wife Valérie Mangin on the scenarios of 'Mémoires Mortes', a series drawn by Lionel Chouin, and published by Les Humanoïdes Associés between 2000 and 2003. In 2001, Bajram settled in Brussels, where he and his wife founded the Atelier Virtuel. In 2010 he cooperated with Fabrice Neaud on the art of 'Trois Christs', a story written by Mangin and published by Quadrants. He drew the third installment of his wife's series 'Abymes' for the Dupuis Aire Libre collection in 2013. Text (c) Lambiek
Go to Denis Bajram's page
Remove from favorite artists  Add to favorite artists