In Lemurcatta 's collection
Back to gallery 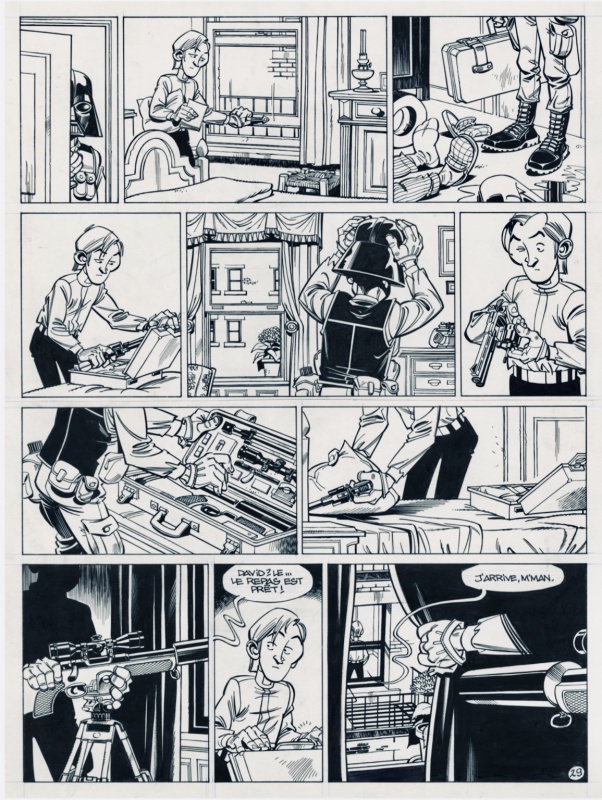 Bruno Gazzotti was born near Liège. An artist of Italian origins - his grandfather came to Belgium to work in the mines, he got his interest in Belgian comics through his parents. He went to study at the École Supérieure des Arts Saint-Luc in Liège, but broke off his education in 1988. Shortly afterwards, he presented his works at the editorial offices of Spirou magazine. The editor-in-chief assigned him to do some illustrations for the Zig Zag section. He then went to work in Brussels, at the atelier of Tome and Janry, whom he assisted on 'Le Petit Spirou' and on the 'Spirou et Fantasio' album 'Spirou à Moscou'. When Luc Warnant left as the artist of 'Soda' in June 1989, Tome asked Gazzotti to assume art duties on this semi-realistic series. Gazzotti successfully continued this popular series, in which he developed his own personal style. He eventually returned to Liège, where he continued to work on his comics projects. In 1993 he made the album 'Pilote de chasse' with G. De Wilde in commission of the Belgian Air Force. He also worked with Ralph Meyer and Fabien Vehlmann on 'Des Lendemains sans Nuage', an album in the collection Signé of Lombard. In 2006 he continued his collaboration with Vehlmann and began the series 'Seuls', about a group of children who find themselves alone in a deserted city. Text (c) Lambiek
Go to Bruno Gazzotti's page 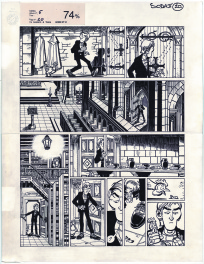 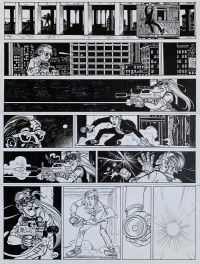 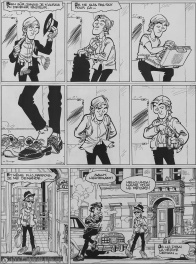 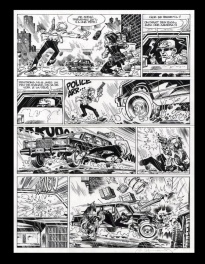